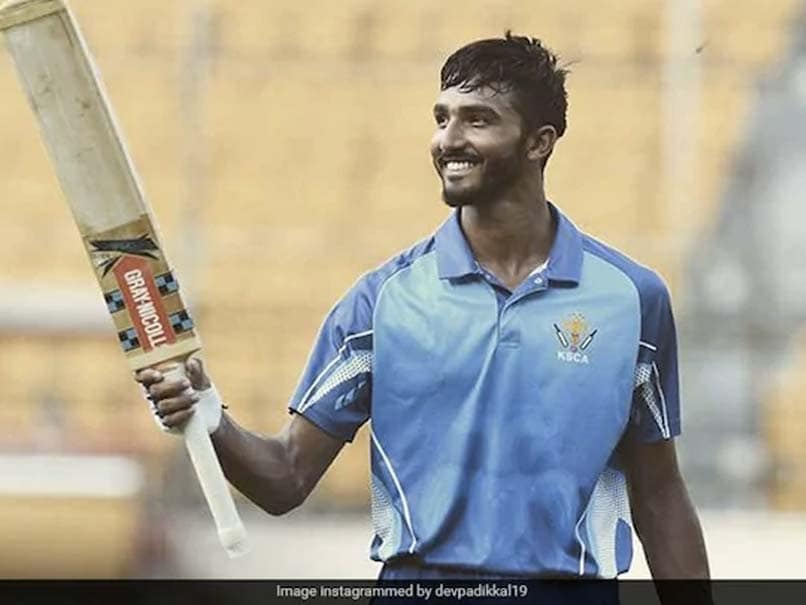 Young opener Devdutt Padikkal sent a strong message to the national selectors before England ODIs as he slammed his fourth consecutive List A century as Karnataka beat Kerala by 80 runs in a quarter-final game of the Vijay Hazare Trophy in New Delhi on Monday. Karnataka rode on skipper Ravikumar Samarth's knock of 192 off 158 balls and a stroke-filled 101 by 20-year-old left-handed Padikkal (off 119 balls) to post an imposing 338/3 and then bundled out the opposition for 258.

Kerala's decision to put Karnataka into bat at the Air Force ground backfired badly, as Samarth and Padikkal toyed with their attack with a massive 249-run partnership for the first wicket.

Samarth, a 28-year-old right-hander, hammered 22 boundaries and three sixes in his 158-ball knock. He completed his century in 112 balls and was aggressive right from the start, while Padikkal hammered 10 boundaries and two maximums.

It was a Samarth-Padikkal show as Karnataka were going strong at 196/0 after 35 overs having laid the foundation for a mammoth total.

While Padikkal continued his fabulous show in the national 50-over tournament and in the process scored his 4th consecutive List A century and became the first Indian to do so, Samarth surpassed veteran Wasim Jaffer's unbeaten 170 to register the highest score in a Vijay Hazare knock-out match.

After Padikkal fell in the 43rd over, Samarth upped the ante while Manish Pandey (34 not out) played his role to perfection. Samarth fell in the 49th over but had ensured that his side went past the 315-run mark.

For Kerala, right-arm medium pacer Basil NP (3/57) was the pick of the bowlers, while others had an off-day. Former India speedster S Sreesanth conceded 73 runs in his 10 overs.

Vathsal, who was then joined by Mohammed Azharuddeen (52; 5x4, 2x6), had different plans as they took on the opposition bowlers, and forged a 92-run stand for the fifth wicket.

Seasoned leggie Shreyas Gopal (2/64), however, brought Karnataka back into the contest, by taking two quick wickets.

First, he dismissed Azharuddeen and then Akshay Chandran, while Govind became More's third victim, as the three dismissal paved the way for Karnataka's win. Kerala were  eventually bowled out for 258.

Comments
Topics mentioned in this article
KAR KER Devdutt Padikkal Cricket
Get the latest updates on Fifa Worldcup 2022 and check out  Fifa World Cup Schedule, Stats and Live Cricket Score. Like us on Facebook or follow us on Twitter for more sports updates. You can also download the NDTV Cricket app for Android or iOS.