IPL 2021: After the match between RCB and RR on Thursday, Riyan Parag approached Virat Kohli for his autograph and RCB skipper duly obliged and signed his bat. 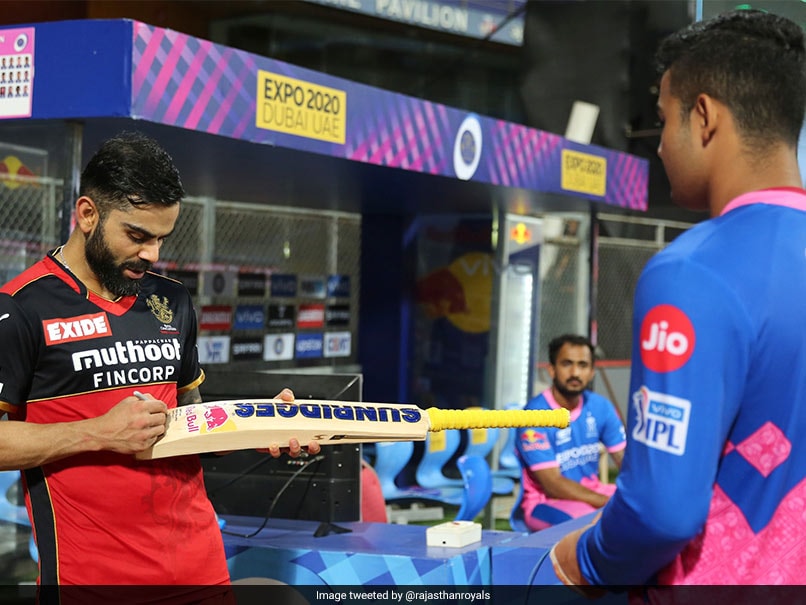 Virat Kohli's fan following is second to none in world cricket. Apart from fans, many budding cricketers also look up to him for inspiration and consider him to be their role model. For some talented ones, their fanboy moment comes to life when they get to play alongside him in the Indian Premier League (IPL). On Thursday, Rajasthan Royals' young cricketer Riyan Parag got his wish fulfilled when the RCB skipper signed a bat for him. After the match between RCB and RR, the 19-year-old cricketer from Assam approached Kohli, requesting him to sign his bat and the RCB skipper duly obliged. Posting several pictures from players' post-match interaction, Rajasthan Royals tweeted: "From Riyan's fan-boy moment to legendary catch-ups. #HallaBol | #IPL2021."

While Riyan got his got wish fulfilled after the match, RR didn't get the result they came hoping for as RCB thrashed them by 10 wickets, chasing down a 178-run target with more than three overs left.

Riyan got off to a start but couldn't convert it into a big score, departing for 25 off 16 balls. However, that wasn't the case with the two RCB openers Devdutt Padikkal and Virat Kohli as they hung together till the end, helping their side register yet another commanding victory.

While Padikkal smashed his maiden IPL hundred blasting 101 not out off just 52 balls, Kohli played the second fiddle and scored 72 off 47 balls.

RCB's unbeaten streak helped them climb to the top of the IPL 2021 Points Table, while Rajasthan Royals' yet another disappointing performance saw them drop down to the bottom, with just two points in their account after four matches.

Wankhede IPL 2021 Cricket Royal Challengers Bangalore vs Rajasthan Royals, Match 16
Get the latest updates on IPL 2021, check out the IPL 2021 Schedule and Indian Premier League Live Score . Like us on Facebook or follow us on Twitter for more sports updates. You can also download the NDTV Cricket app for Android or iOS.