IPL 2021: Having received his maiden India call-up recently, Rahul Tewatia will be aiming to put a good display for Rajasthan Royals (RR) in the upcoming season. 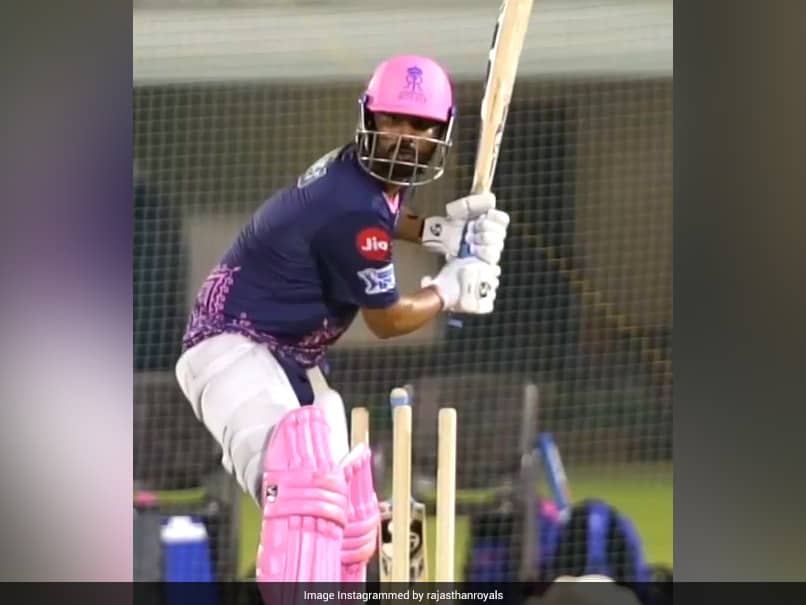 IPL 2021: Rahul Tewatia during a net session for Rajasthan Royals ahead of the new season.© Instagram

With the upcoming season of the Indian Premier League (IPL) set to begin, Rajasthan Royals (RR) will be aiming for a better campaign. RR finished at bottom of the table during IPL 2020, with six wins and eight defeats. In IPL 2021, Rahul Tewatia will be a pivotal figure for the franchise. The all-rounder was a revelation in the previous season, due to his brave batting approach from the middle order and also came handy with his bowling. RR took to Instagram to share a training video of Tewatia, where he can be seen showing his wide array of shots during a net session. The video was captioned as, "Locked, loaded and fired. #HallaBol | #RoyalsFamily | #IPL2021 | #ReelItFeelIt | #ReelKaroFeelKaro | #Tewatia | #instareel | #cricket | @rahultewatia20".

Due to his fiery displays during IPL 2020, Tewatia also received his maiden call-up to the Indian cricket team in their recent T20I series vs England. Despite the call-up, Tewatia didn't feature in any of the fixtures during the five-match series, which India won 3-2.

Tewatia made his IPL debut in 2014, and since then has featured in a total of 34 matches, registered 366 runs. He has also scored a half-century during his entire IPL career. Also, he has taken 24 wickets in the league.

IPL 2021 is set to begin on April 9, with Mumbai Indians (MI) scheduled to face Royal Challengers Bangalore (RCB) in the season opener. Rajasthan Royals (RR) will play their first match on April 12, when they face Punjab Kings.

India Cricket Team Rahul Tewatia Cricket
Get the latest updates on IPL 2021, IPL Points Table , IPL Schedule 2021 , live score . Like us on Facebook or follow us on Twitter for more sports updates. You can also download the NDTV Cricket app for Android or iOS.