IPL 2021: After learning the tricks of the trade under the shadows of MS Dhoni, Rishabh Pant is eager to put his best foot forward as DC captain. 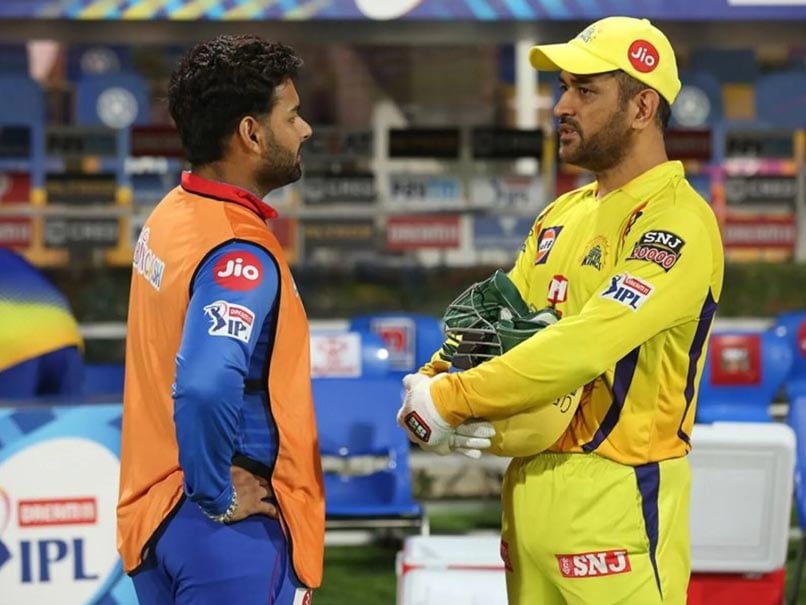 Rishabh Pant said that he has learnt a lot from MS Dhoni.© IPLT20

Newly appointed captain of Delhi Capitals for theIPL 2021 season, Rishabh Pant has expressed his excitement to lead his side against his mentor Mahendra Singh Dhoni's Chennai Super Kings in their opening fixture on April 10. The 23-year-old highly-rated wicketkeeper-batsman learnt the tricks of the trade under the shadows of former skipper Dhoni ever since his T20I debut in 2017. Since Dhoni's retirement, Pant and KL Rahul have mostly been India's top choice wicketkeepers in all separate formats.

Pant talked in detail about his desire to outsmart his mentor by using the teachings imparted by Dhoni himself. The DC captain was quoted as saying in a press release issued by his franchise, "My first match as captain will be against Mahi (MS Dhoni) bhai. It will be a good experience for me as I have learned a lot from him. I have my own experience as a player as well... I'll apply my own experience and the learnings from MS Dhoni, and try to do something different against CSK."

P.S. #RP17 is all set for the first game against mentor and friend, @msdhoni #YehHaiNayiDilli #DCAllAccess @OctaFX pic.twitter.com/D3zrquEf1C

The effervescent youngster has endured a roller-coaster ride in international cricket, gaining in prominence and respect in the past few months with his gutsy batting and drastically improved keeping.

He often draws comparisons with Dhoni but has maintained that he is aiming for a space of his own even though he does turn to the senior player for advice and mentorship. Pant, who has scored 2,079 runs in 68 IPL matches, said he would be working hard to give DC are maiden IPL title.

"I am looking forward to making most of this opportunity. We haven't won a title yet and I will try my level best to get a title this year. We've been playing nicely as a team from last two-three years and our preparations are going on well... Everyone looks in great frame of mind. Everyone is giving their 100 per cent and is happy in the team environment, and that's what you want as a captain."

He spoke highly of the positive influence of head coach Ricky Ponting and the plethora of experience he brings to the table as a former player and manager which will prove mighty beneficial for them in their bid for a maiden IPL title.

Pant stated, "He (Ricky Ponting) has been so amazing for us in the last two-three years... He brings energy to the team and as a player when you see your coach and you''re thinking this is the man from whom you can learn a lot, then nothing is better than that... Hopefully, we will cross the line this year, with the help of Ricky and the whole team."