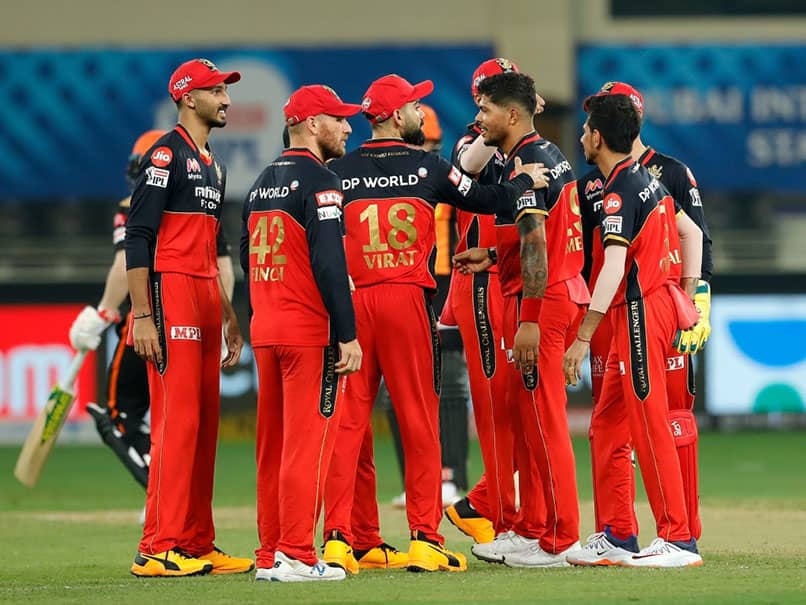 IPL 2021: RCB reached the playoffs last year but will be looking to go one step further this season.© BCCI/IPL

Royal Challengers Bangalore (RCB) made the playoffs last season and that's a high bar considering their bottom-tier finishes in the previous three seasons in 2019, 2018 and 2017. RCB languished at the bottom of the table in 2017 and 2019 and finished sixth in 2018. However, with Virat Kohli still at the helm the team could expect his experience of the IPL to finally come good and take the team to their first IPL title. Previously, RCB made the final in 2009, 2011 and 2016. The most-talked-about new recruits in Glenn Maxwell, Kane Richardson, Dan Christian, Finn Allen and Kyle Jamieson are all overseas players but RCB have also invested in Indian power hitters like Mohammed Azharuddeen.

They were dealt a blow even before the season began when Devdutt Padikkal tested positive for COVID-19 on March 22. RCB's top scorer from the last season, Padikkal, is quarantined at his home and will have to return a negative RT-PCR test before he is allowed to join the team.

That aside, a core batting line comprising of Kohli, AB de Villiers, and Maxwell is likely to take the bulk of the load of getting big totals for a team that's traditionally been batting-heavy.

The most high-profile signee, Maxwell, comes with years of experience in the IPL. The Australian 'Big Show' had an ordinary season in 2020 for Kings XI Punjab (now Punjab Kings), who released him ahead of the auction, and will be hoping to turn things around.

Maxwell's Australia teammates Richardson and Christian can be handy in the death overs, Christian can use the long handle as well.

Allen, who starred for New Zealand in his debut series, and Azharuddeen, who set the Syed Mushtaq Ali Trophy alight, could be the surprise factors.

Beside the big players like Kohli and De Villiers, the likes of Adam Zampa, Navdeep Saini, Mohammed Siraj, Washington Sundar and Yuzvendra Chahal were all retained as RCB tried to build their core around these in the last few seasons.

Chahal, the front-line spinner for the team, would look to do even better than his 21 wickets last season.

Sundar, Siraj and Saini come into the team after having had memorable international seasons with India and this young group of Indian players could be the kingmakers for the team.

RCB lost to Sunrisers Hyderabad in the Eliminator last season after having won seven out of their 14 league matches, and all of Padikkal (473), Kohli (466) and de Villiers (454) were among the runs.

RCB will do well to work on their bowling and use the new recruits strategically as Chahal (21 wickets) was the only RCB player in top 10 wicket-takers.

However, with most of their Indian batsmen in good form RCB stand a good chance of making the playoffs this time around as well.

They begin their campaign with the IPL opener on April 9 in Chennai against Mumbai Indians.

AB de Villiers Cricket
Get the latest updates on IPL 2021, IPL Points Table , IPL Schedule 2021 , live score . Like us on Facebook or follow us on Twitter for more sports updates. You can also download the NDTV Cricket app for Android or iOS.