IPL 2021 May Resume In 3rd Week Of September In UAE: Report

The postponed IPL 2021 will resume tentatively on September 18 or 19 in the UAE with as many as 10 double-headers expected to be played during a three-week window, news agency PTI reported. 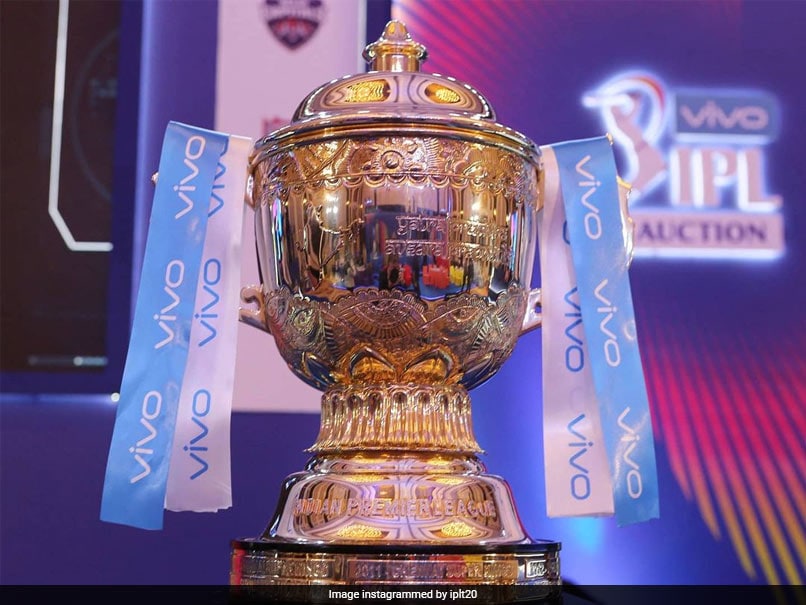 The IPL 2021 was postponed on May 4 after multiple COVID-19 cases inside its bio-bubble.© Instagram

The postponed Indian Premier League (IPL) 2021 will resume tentatively on September 18 or 19 in the UAE with as many as 10 double-headers expected to be played during a three-week window, a senior BCCI official told PTI on Tuesday. The final might be held on October 9 or 10. The three-week window will be enough for the league to complete its remaining 31 games for the season, a win-win scenario for all the primary stakeholders including the BCCI, franchises and broadcasters. The IPL 2021 was postponed on May 4 after multiple COVID-19 cases inside its bio-bubble came to light.

"The BCCI has spoken to all the stakeholders and the likely start could be between September 18th to 20th. Since September 18 is a Saturday and 19 a Sunday, it is more likely that you would want to re-start it on a weekend date," the official told PTI on conditions of anonymity.

"Similarly, October 9th or 10th will be the final as it's a weekend. We are finalising the itinerary and there will be 10 double headers and seven evening matches along with four main games (two qualifiers, one eliminator and the final), which completes the list of 31 matches," the official added.

The Indian team's last Test match against England is set to finish on September 14 at Manchester and on the next day, the whole team (save Hanuma Vihari and Abhimanyu Easwaran) will be flown to UAE in a chartered flight for a "bubble to bubble" transfer.

"The Indian team and the English players who will be available will fly in the same charter flight from Manchester to Dubai. Similarly, the West Indies players will also fly in after completing the Caribbean Premier League engagements. There will be three-day quarantine for players arriving from UK and the Caribbean," the source said.

A franchise official confirmed that a communication from BCCI has come on the matter.

"We have been told by the BCCI to be ready for the tournament. We have been given a September 15 to 20 window," a team official said.

The BCCI has decided to cancel India's T20 series against South Africa scheduled in September, which was a build-up to the side's T20 World Cuppreparations.

"The series can't be held and in any case there can't be any better preparation for the T20 World Cup than playing a high intensity tournament like IPL.

Since the T20 World Cup will start within a week or 10 days after completion of the IPL, the SA series can only be held at a later date.

"There is a chance that India might play extra games when they tour South Africa early next year," the source said.

The two-Test home series against NZ could also be shifted

The India home season also had a two Test series against New Zealand in November and the dates of which could be shifted depending upon when the T20 World Cup ends.

While BCCI, as of now, will not give up its hosting rights and wait how the COVID-19 situation in India pans out, there is very little chance that countries will want to travel to India which is facing its worst health emergency since independence.

South Africa Cricket Team
Get the latest updates on IPL Auction 2023 and check out  IPL 2023 and Live Cricket Score. Like us on Facebook or follow us on Twitter for more sports updates. You can also download the NDTV Cricket app for Android or iOS.