IPL 2021: Jhye Richardson Plans To Deal With Extreme Pressure Of IPL With A "Smile"

IPL 2021: Jhye Richardson was bought by Punjab Kings for a whopping Rs 14 crore at the auction in February. 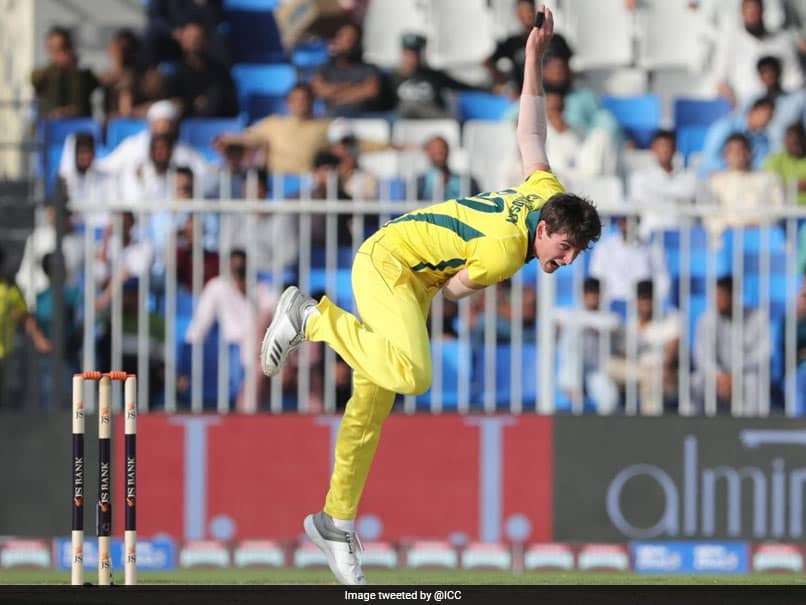 The T20 format can be unforgiving for the bowlers and Australian pacer Jhye Richardson plans to deal with high pressure situations in his maiden IPL with a "smile" before his delivery stride. A smile before starting his run up worked for him in the Big Bash League, where he ended up as the leading wicket-taker, and he feels sporting a grin even after he is hit for a six should help him deal with the extreme pressure that comes with playing in the world's biggest T20 league. The 24-year-old, who has played two Tests, 13 ODIs and 14 T20Is for Australia, was bought for a whopping Rs 14 crore by Punjab Kings at the IPL auction.

Along with pace spearhead Mohammad Shami, Richardson is expected to put an end to the team's death bowling problem this season. "The key to my game is to just go out and have fun. It's easier said than done, because you're bowing to the best in the world but for me if I can just stand at the top of my mark, and smile, that is a big one for me," Richardson, who is set to complete his quarantine in Mumbai, told PTI.

"I actually started doing that (smile) during the Big Bash at the top of my mark, just to put a smile on the top, just to remind myself every ball that T20 is fun."

Back to playing regularly after undergoing a shoulder surgery last year, Richardson said at times he puts too much pressure on himself when he is being taken to the cleaners.

Richardon has replaced West Indian Sheldon Cottrell in the Punjab Kings squad. Cottrell was smashed by Rahul Tewatia for five sixes in an over last season and Richardson is well aware that it can happen to him and he plans to overcome that by staying in the moment.

"Sometimes you can bowl a good ball and it goes for six. The key to deal with that is finding a way to get over that moment. The good thing for me is that in Big Bash, I was probably the person who was required to bowl all the difficult overs. With that comes experience," Richardson said.

"I am certainly becoming more confident about myself and backing my ability to bowl in the death," said the fast bowler, who is looking forward to working with fellow Punjab teammate Chris Jordan again, having played alongside him in the Big Bash.

The pressure of a huge price tag is bound to be there but Richardson is feeling a lot better after a candid chat with head coach Anil Kumble.

"I started putting pressure on myself (thinking about the price tag). But, I had a good conversation with Anil yesterday, and he said, you know, 'we didn't pick you up for the price tag we just picked you up for your services and what you do on the cricket field'. For me that was really important to hear, to know that the coach has picked me up for a reason and knows what I'm capable of," Richardson said.

"So for me, now it's not to worry about the price tag. I know all that coach wants from me is to perform my best and back myself with whatever skill that may be, whether it's opening the bowling or or trying to hit some runs in the lower order."

Playing in bio-bubbles comes with its own set of challenges, especially for someone like Richardson who comes from a place where COVID-19 situation is not as alarming as India. Fellow Australian Daniel Sams, who is with RCB this season, has also tested positive for the virus.

"It's hard not to think about all of those things, especially coming from a place where bubbles have sort of calmed down a little bit, so to come into another bubble is unfortunately what we're going to have to get used to moving forward," Richardson said.

"But it's certainly difficult to get your head around. It's just about distracting yourself and trying to keep yourself busy, and making sure that you're in the present and not thinking too far forward.

"If you start to think too far ahead, the bubbles can just drag on for what seems like forever," he added.

Punjab Kings Jhye Richardson IPL-2021 Cricket
Get the latest updates on IPL 2021, IPL Points Table , IPL Schedule 2021 , live score . Like us on Facebook or follow us on Twitter for more sports updates. You can also download the NDTV Cricket app for Android or iOS.