Young Pace Attack Showed We Can Rely On Them In Australia: Mohammad Shami

Mohammad Shami said that the newcomers in the Australia tour showed India will have a smooth transition when the senior bowlers decide to retire. 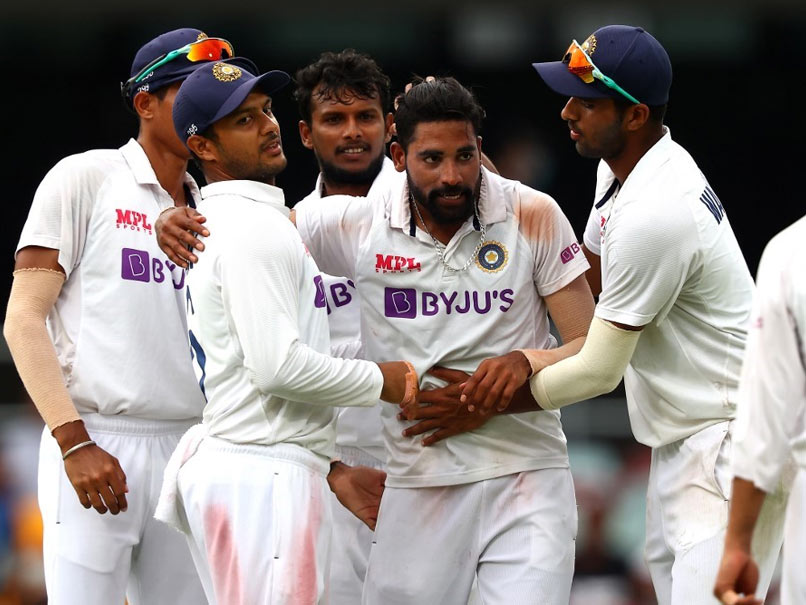 Mohammed Siraj ended up leading the India bowling attack in the fourth Test in Australia.© AFP

Senior India pacer Mohammad Shami says the performance of the team's "net" bowlers in the historic triumph in Australia has shown that the transition will be smooth when the current attack walks into the sunset. The pace quartet of Shami, Ishant Sharma, Jasprit Bumrah and Umesh Yadav, arguably India's best ever, has been instrumental in the team's success overseas. However, none of them were available when India breached fortress Gabba to win their second consecutive Test series Down Under.

Someone like a Mohammed Siraj became the leader of the attack in his debut series and injuries meant that net bowlers like Shardul Thakur, T Natarajan and Washington Sundar got unexpected opportunities which they grabbed with both hands.

"The youngsters will be ready to take over from us when our time (to retire comes). The more they play, the better they will get. I think the transition will be very smooth whenever we are done with the game," Shami, who was ruled out of the series after the Adelaide Test due to a wrist injury, told PTI.

"The team won't suffer even if one big name retires. The bench is ready. Experience is always required and the youngsters will have that in due time."

"The trend of carrying net bowlers in the bubble environment has helped them massively and given them valuable exposure," he added.

Barring Kartik Tyagi, all the bowlers who were part of India's jumbo squad in Australia got to play in extraordinary circumstances with Shami, Bumrah, and Umesh getting injured during the series and Ishant not being around.

Asked what impressed him the most about the likes of Siraj and Thakur, Shami said: Whoever comes in has an open mind, talks frankly and is supremely confident. They are ready to bowl with the new ball or old ball. The way they performed in Australia shows their character.

"Beating Australia in Australia once is a very big achievement, we were able to do it twice, that too with no senior bowlers around. It has shown we can rely on the youngsters."

Shami said the success of the current group boils down to the joy they share in each other's success.

Giving his own example, Shami said he was helped massively by Ishant when he made his debut and that taught him to share his wisdom with the youngsters coming into the side.

The highly skilled Shami also shed light on his relationship with Ishant, who played his 100th Test during the home series against England.

"What do I say about him. He is the best guy around. Doesn't give you the feeling that he has played double of what you have played. When I had come in, he had already played about 50 games.

"Since day one he never behaved like a senior. He likes mingling and laughing around. His behaviour has taught me to how to treat a youngster."

"When a youngster joins, it is imperative that an established player talks to him about everything under the sun, it lifts his confidence. If you have someone like Ishant around, I don't you think can feel down for a long time."

Talking more about the bond they share, Shami added: "It is a game of confidence and how you can execute plans. We have different skills, Ishant, Jassi and I and we keep reminding each other of our respective skills and persist with them."

"We are pushed by each other when we are tired. This fast bowling group is just wonderful. The last four five years with them have been really special. We have enjoyed each other's success and this is something you should learn from the Indian team. There are no talks behind the back."

While Shami broke his wrists while batting in Australia, he has not had any major fitness issues ever since he changed his regimen post 2014.

With the IPL and a busy international season lined up, Shami is focussing on getting fitter as a cricketer.

"Skill stays with you so I just try to better my fitness. The training schedule changed massively post 2014 and the way I have changed my eating habits (no more biryani) are also a big achievement," Shami added.