IPL 2021: Ravindra Jadeja's Improved Batting Made Me Give Him "Those Extra Deliveries", Says MS Dhoni

CSK vs RCB, IPL 2021: Ravindra Jadeja shone with both bat and ball during Chennai Super Kings' win vs Royal Challengers Bangalore at the Wankhede Stadium, on Sunday. 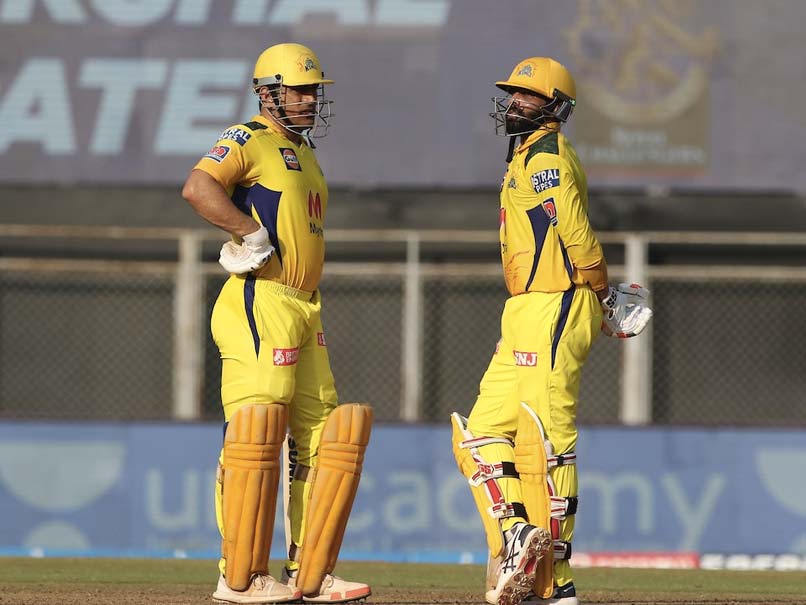 All-rounder Ravindra Jadeja's significant improvement in batting has convinced his Chennai Super Kings skipper Mahendra Singh Dhoni to give him "those extra deliveries'' that can change the complexion of a game. Jadeja almost single-handedly beat Royal Challengers Bangalore by 69 runs as the India all-rounder smashed 62 not out off 28 balls, apart from taking three wickets and effecting a run-out. "Jaddu is somebody who can change the game on his own. In the last few years, we've seen significant change in batting and it's worth it to give him that extra bit of time, extra deliveries," Dhoni said at the post-match presentation when asked about Jadeja being sent in at No. 5.

The other aspect is that left-handers are difficult to control when they get going as Jadeja showed with 37 runs from a Harshal Patel over.

"The bowlers have found it difficult to contain left-handers, and that helps as well," Dhoni said.

The player of the match said that he has never had a better day on a cricket field. "Don't think so (if he had a better day). I've been working hard on my fitness, skill, everything. Luckily it paid off. It's been a tough job being all-rounder, you have to do all departments," Jadeja said.

Asked how he works on his routine, Jadeja said: "During training, I don't work on all three, I do skill work one day, training one day, fitness one day."

Jadeja said that his skipper had tipped him off that Harhal will bowl outside the off-stump and he took his chances.

"I was just looking to hit it hard. Mahi bhai told me he would bowl somewhere outside off and luckily I connected."

Dhoni felt that no one can predict the quantum of victory but once they got past 190, he knew that they were 25 runs above par.

"It's a good wicket but I felt the spinners had something up their sleeves and I felt that extra few runs Jadeja made helped. 165 would have been par, and once you get 25 extra the opposition has to come a little harder.

"You cannot make your strategy on the assumption of what dew will do - frankly, some games have been high scoring, some have been low scoring. You have to assess every game and today we made the right decision to bat."

"We're not doing anything drastically different from what we did last year. Me and Fleming, we keep saying that we focus on the process.

"You gain more respect if you keep following your path when you're under pressure. I think that is something that gave a lot of confidence to the players. Credit to the players."

MS Dhoni IPL 2021 Cricket Chennai Super Kings vs Royal Challengers Bangalore, Match 19
Get the latest updates on SA vs IND 2021-22, check out the Schedule and Live Score . Like us on Facebook or follow us on Twitter for more sports updates. You can also download the NDTV Cricket app for Android or iOS.