BCCI In Talks With West Indies Board To Prepone CPL To Avoid Clash With IPL: Report

The Caribbean Premier League (CPL) is scheduled to get underway from August 28 with the final to be played on September 19. 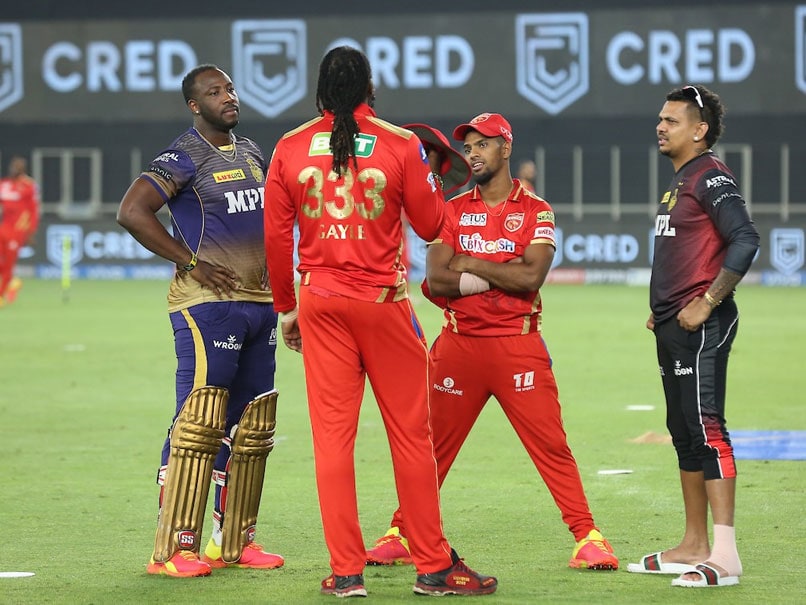 Chris Gayle, Andre Russell and other West Indies players in conversation after an IPL game.© BCCI/IPL

The BCCI is trying to convince Cricket West Indies to advance the start of the Caribbean Premier League (CPL) by a week or 10 days to ensure a seamless bubble-to-bubble transfer of players for the IPL's resumption in the UAE come September. Suspended midway into its 14th season owing to the COVID-19 pandemic, the BCCI on Saturday approved the resumption of the lucrative Indian Premier League in the UAE in the middle of September.

The CPL 2021 is scheduled to get underway from August 28 with the final to be played on September 19, while the remaining part of IPL is likely to be held from September 18 to October 10, not leaving the players with any time to settle down.

"We are in talks with Cricket West Indies. We are hoping that if CPL can be finished a few days in advance, it would help in bubble to bubble transfer of all players to Dubai and in time to complete the mandatory three-day quarantine," a BCCI source, privy to the development, told PTI on Sunday.

If the BCCI and CWI fail to reach an agreement over dates, some of the biggest players could miss the initial few matches or may be the first half of the IPL.

The upcoming edition will be the CPL's ninth season and will feature some of the format's biggest superstars from across the world.

The IPL's resumption was approved during the BCCI's SGM on Saturday, less than a month after the league was suspended because of COVID-19 cases in its bio-bubble.

West Indies Cricket Team BCCI IPL 2021 Cricket
Get the latest updates on ICC T20 Worldcup 2022, check out the Schedule and Live Score. Like us on Facebook or follow us on Twitter for more sports updates. You can also download the NDTV Cricket app for Android or iOS.