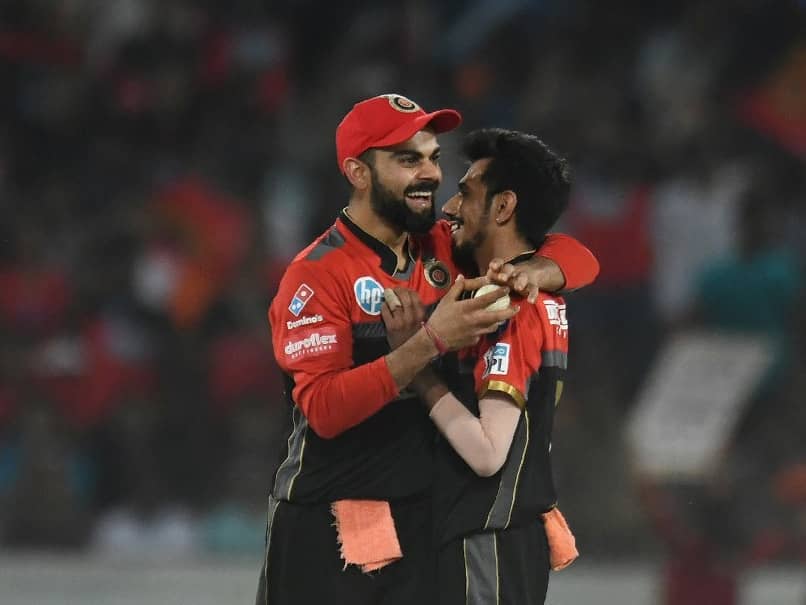 Virat Kohli couldn't help but have a laugh at Yuzvendra Chahal's expense.© AFP

Yuzvendra Chahal is one of the best leg-spinners going around in the world right now, but one thing he is not known for is his batting. His highest score in ODIs is an unbeaten 18, while his best show with the bat in a T20 International (T20I) is 3 not-out. Chahal himself has often made fun of his own batting, while the likes of India captain Virat Kohli and opener Rohit Sharma have also teased him over his skills with the willow.

So it came as a surprise when Royal Challengers Bangalore (RCB), who Chahal represents in the Indian Premier League (IPL), on Tuesday shared a post on Instagram reminding fans that the leg-spinner had once scored 135 and 46 in a match against Himachal Pradesh U-19 in the 2008/09 Cooch Behar Trophy in Bengaluru.

"Fancy playing up the order, Yuzi?" they wrote at the end of the post.

DID YOU KNOW: @yuzi_chahal23 scored & in the first & second innings respectively vs Himachal Pradesh U19s in the 2008/09 Cooch Behar Trophy in Bengaluru! He scored a total of runs in the tournament! Fancy playing up the order, Yuzi? #PlayBold #TuesdayTrivia

A post shared by Royal Challengers Bangalore (@royalchallengersbangalore) on May 11, 2020 at 11:30pm PDT

But Kohli, who also captains RCB, seemed unconvinced by the suggestion.

"Definitely exhibition game," he commented on the post, along with a laughing emoji, leaving fans in splits.

Many users responded to Kohli's comment urging him to open the batting with Chahal when RCB do take to the field next.

The current season of the IPL was scheduled to start on March 29, but was initially postponed to April 15 due to the coronavirus pandemic. The cash-rich league was then suspended indefinitely due to the lockdown being extended.