After football, Virat Kohli and AB de Villiers next faced off for a cricket contest in the Royal Challengers Bangalore camp. 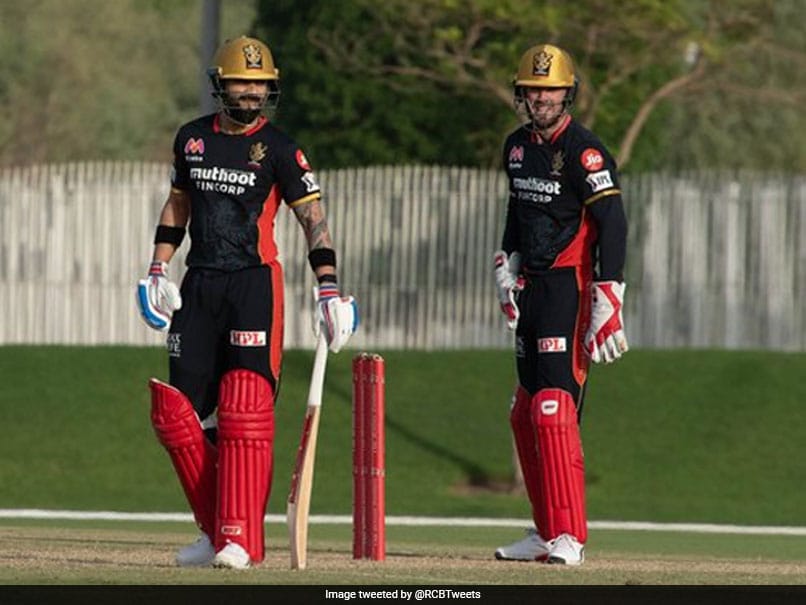 The Virat Kohlivs AB de Villiers, Hot Dogs vs Cool Cats contest is back at Royal Challengers Bangalore (RCB) but this time in a new avatar. Just over a week after the two RCB camps squared off in a modified football match, Kohli and De Villiers were face-to-face in the trade they have the most experience in – cricket. RCB shared a picture on social media showing Kohli getting ready to take strike as De Villiers kept wickets behind the RCB captain. The caption was succinct: “Cool Cats vs Hot Dogs, Cricket Edition”.

They play their first IPL game against SunRisers Hyderabad in Dubai on September 21.

Ahead of the season, Kohli said that the squad for IPL 2020 is the “most balanced” that RCB have had since 2016 – the last time they made the final.

Kohli is the highest scorer in IPL with 5412 runs to his name and holds the record for most runs in a single IPL season – 973 runs with four centuries in 2016.

Kohli and De Villiers have formed one of the most prolific partnerships in IPL and the duo hold the record for the highest partnership for any wicket.

They scored 229 runs for the second wicket against Gujarat Lions in Bengaluru in 2016.

AB de Villiers IPL 2020 Cricket
Get the latest updates on IND vs NZ 2021, check out the Schedule and Live Score . Like us on Facebook or follow us on Twitter for more sports updates. You can also download the NDTV Cricket app for Android or iOS.