"Loyalty Above Everything": Virat Kohli Shares Glimpse Of His RCB Journey

Virat Kohli shared a video showing his past interviews as Royal Challengers Bangalore captain as well as some behind-the-scenes clips of the team. 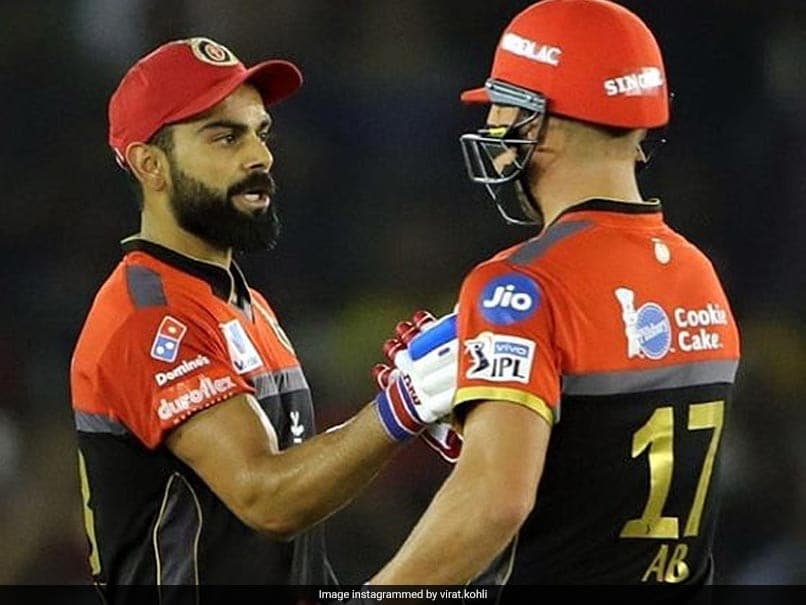 Virat Kohli has played for RCB in every season of the IPL since its inception in 2008.© Instagram

The Indian Premier League is just over a month away, and Royal Challengers Bangalore captain Virat Kohli can't wait to lead his team out to the field. On Sunday, Kohli took to Instagram to share a motivational video featuring the IPL franchise. "Loyalty above everything. Can't wait for what's to come," Kohli captioned the video, which featured parts of his interviews as RCB skipper, as well as clips from the team's training and behind-the-scenes activities like ad shoots and outings.

Loyalty above everything. Can't wait for what's to come.

Earlier in the week, Kohli had shared two photos with RCB teammates and expressed his eagerness for the delayed season of the IPL to get underway. The India captain had captioned it with a clock and an hourglass emoji.

Kohli has stayed true to his caption, having played for RCB in every single season since the start of the IPL in 2008.

In 177 matches for the Bengaluru-based franchise, Kohli has racked up 5412 runs, including five centuries.

The 13th edition of the cash-rich league was originally scheduled to begin on March 29, but was postponed due to the coronavirus pandemic.

After a long wait, it was finally announced that the league would get underway on September 19 and go on till November 10.

With the number of COVID-19 cases on the rise in India, this year's edition of the tournament has been shifted to the UAE, which had hosted the tournament partially in 2014 as well due to the general elections in India.

Royal Challengers Bangalore Cricket
Get the latest updates on IPL Auction 2023 and check out  IPL 2023 and Live Cricket Score. Like us on Facebook or follow us on Twitter for more sports updates. You can also download the NDTV Cricket app for Android or iOS.