Virat Kohli and the Royal Challengers Bangalore squad have hit the ground running after their quarantine in the UAE. 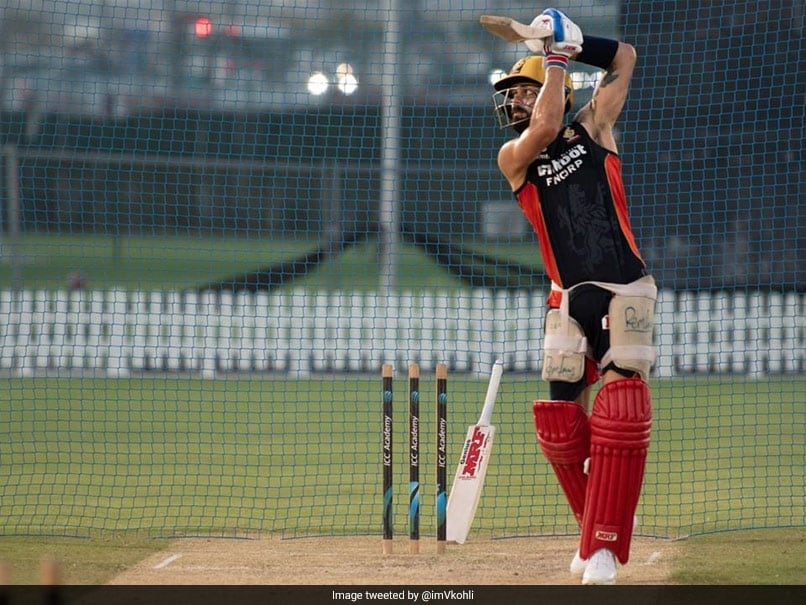 With each passing day, the training sessions for the Indian Premier League(IPL) franchises are getting much more intense, with players sweating it out for hours in the nets. Royal Challenger Bangalore (RCB) skipper Virat Kohli, after another satisfying net session, took to Twitter to share a few pictures, giving his fans an idea of how things are shaping up for the IPL 2020 in their camp. In one of the pictures Kohli can be seen having a laugh with leg-spinner Yuzvendra Chahal, while the other picture shows him batting in the nets with full concentration and playing a lofted shot. "Another top session last night. @RCBTweets," Kohli captioned the pictures. Responding to Kohli's tweet, RCB wrote: "Still trying to find the cricket balls you hit out of the stadium last evening, Captain".

Still trying to find the cricket balls you hit out of the stadium last evening, Captain. https://t.co/9IGCiqu3uU

Like RCB most franchises, barring Chennai Super Kings (CSK), have started their training for the IPL 2020. Since the tournament has moved out of the country, IPL sides have taken it upon themselves to keep their fans updated of how their favourite stars are preparing and what they like to do in their downtime.

Rajasthan Royals, who were among the first sides to start their pre-season training, welcomed South Africa's David Miller for the first time in the nets on Monday and they tweeted a series of pictures of the left-handed batsman who looked in good touch, hitting balls to all parts of the ground.

Several other franchises like CSK and Delhi Capitals welcomed their players from South Africa who their respective squads on Monday. CSK were delighted with the arrival of Faf du Plessis and fast bowler Lungi Ngidi, while Delhi Capitals were excited to have their fast bowling spearhead Kagiso Rabada.

Mumbai Indians players had their first training session under the sun and they were delighted to have their wicketkeeper-batsman Quinton de Kock hit the nets on Monday.

"Look who's hit the nets in Abu Dhabi! Welcome back, @QuinnyDeKock69," wrote Mumbai Indians. They even gave their fans a virtual tour of their team room and recreational area.

Look who's hit the nets in Abu Dhabi!

With just 19 days left in the start of the IPL 2020, franchises and players are leaving no stones unturned to get themselves in the good nick so that they can present their fans with an exciting contest on the field.

Lungi Ngidi IPL 2020 Cricket
Get the latest updates on India vs South Africa and check out  Schedule, Results and Live Score. Like us on Facebook or follow us on Twitter for more sports updates. You can also download the NDTV Cricket app for Android or iOS.