Steve Smith and other Rajasthan Royals players who arrived for the IPL from UK will be tested for COVID-19 after completion of their 36-hour quarantine. 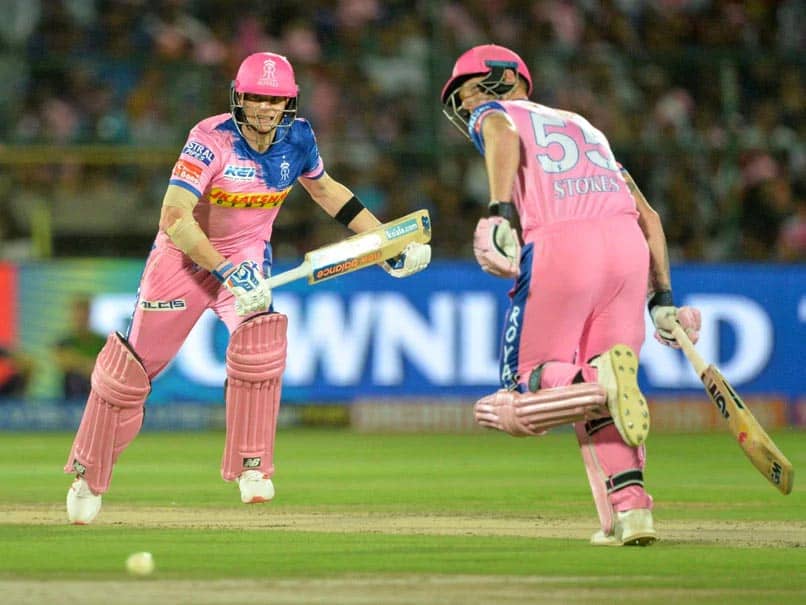 Steve Smith, who arrived in the UAE on Friday, is quarantining for 36 hours as per protocols.© AFP

Rajasthan Royals skipper Steve Smith and the rest of the players from England and Australia underwent their COVID-19 tests on Friday and they will start training if tested negative and on completion of their 36-hour quarantine cap. Speaking to ANI, a Rajasthan Royals official confirmed that Smith and the rest of the boys immediately isolated themselves in their room after reaching their hotel late on Thursday night. "The boys took the bus from the tarmac itself and headed straight to their rooms after arriving in the hotel," the official said.

"Smith and the boys underwent their test today morning and results are awaited. Once that comes and they test negative, they will join the rest of the squad and start training for the opener."

Asked if the RR unit had any confusion with regards to their travel to Abu Dhabi, the official said there was none.

"The diktat is very clear. The boys have done their respective quarantine here and when we leave for Abu Dhabi, we get a test 48 hours prior and then move in," the official explained.

"The six-day quarantine rule is for those who travelled from Dubai to Abu Dhabi by road and were at risk of contracting the virus.

"For the boys who joined us directly from the airport, they already moved into the bubble and didn't take the three-hour odd journey to Abu Dhabi. So, there is no cause of any further quarantine," the official added.

After days of speculation, the Indian Premier League (IPL) Governing Council on Thursday informed the franchises that the English and Australian players coming from the UK will only need to quarantine for 36 hours before they can join their teams and play in the league.

For a number of days, the quarantine period for players from Australia and England was a subject of a question.

Earlier, some franchises had said that the players from both sides won't have to quarantine themselves as they would be coming from a bio-secure bubble in the UK.

The upcoming IPL is slated to be played from September 19 to November 10 in the UAE across three venues – Dubai, Abu Dhabi, and Sharjah.

Chennai Super Kings (CSK) will play Mumbai Indians in the tournament opener on September 19. Rajasthan Royals will take on CSK in their opening match of IPL 2020 on September 22.

Jofra Archer IPL 2020 Cricket
Get the latest updates on IPL 2020, check out the IPL Schedule for 2020 and Indian Premier League (IPL) Cricket live score . Like us on Facebook or follow us on Twitter for more sports updates. You can also download the NDTV Cricket app for Android or iOS.