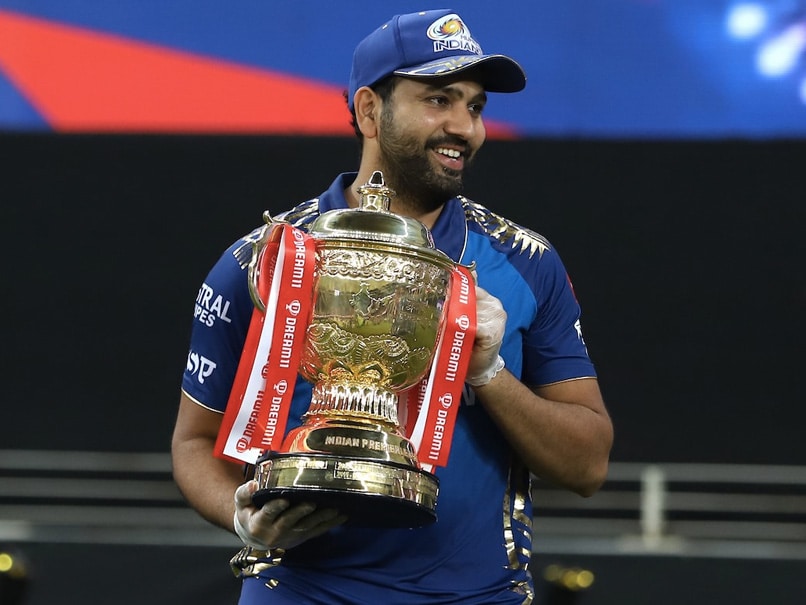 Rohit Sharma won a fifth Indian Premier League (IPL) title with Mumbai Indians last Tuesday and in doing so also broke the jinx of winning the title in years ending with odd numbers - 2013, 2015, 2017 and 2019. The IPL broadcasters had even shot an advertisement showing how Rohit's Mumbai had won IPL trophies in "odd years only". After winning IPL 2020, Rohit quote-tweeted that advertisement and wrote: "We indeed went even this season. Bola tha aapko mamu inki ganit weak hai (Told you their calculations were off)."

Rohit's scored 68 in Mumbai's chase of 157 runs in the final against Delhi Capitals and helped his team reach the target with eight balls to spare.

Rohit sustained a hamstring injury during the league stages and had to miss four matches before making a comeback in Mumbai's last league-stage match.

He finished the tournament with 332 runs from 12 games at 27.66 with three half-centuries.

However, the right-handed opening batsman has been excluded from India's One-day International and Twenty20 International squads for the tour of Australia in order to allow the batsman sufficient rest after the IPL and recover from his injury completely.

He has been included in the Test squad - India play four Tests starting with the first Test on December 17 in Adelaide - after being left out of the Tests, too, when the squad was first announced in October.

In the revised squads announced in November, Rohit found a place in the Test squad.

Rohit Sharma IPL 2020 Cricket
Get the latest updates on SA vs IND 2021-22, check out the Schedule and Live Score . Like us on Facebook or follow us on Twitter for more sports updates. You can also download the NDTV Cricket app for Android or iOS.