"Going Low To Push Yourself Higher": Rohit Sharma Hits The Gym Ahead Of IPL 2020

Rohit Sharma hit the gym ahead of his likely departure to the UAE for IPL 2020. 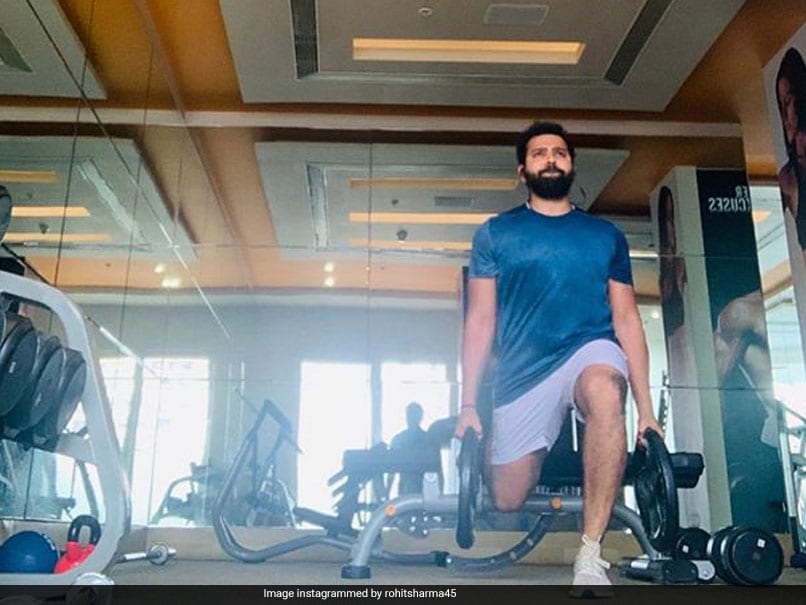 Rohit Sharma has won the most number of IPL titles as a skipper.© Rohit Sharma/Instagram

Rohit Sharma has been very active on social media during the pandemic-induced downtime. On one day he is seen bantering with Yuzvendra Chahal over the latter's engagement while on another day he is seen professing his love for wife Ritika Sajdeh. However, now it's time to get back to the rigours of touring and cricket as the IPL is around the corner and teams have begun quarantining players in order to ready them for departure to the UAE. Rohit has hit the gym again as he revealed in a social media post. In a picture posted on Instagram, Rohit can be seen sweating it out in the gym - what he termed as "Going low only to push yourself higher."

Going low only to push yourself higher.

Rohit leads the Mumbai Indians and will look to take his team to yet another IPL title as he successfully did in 2019. Mumbai are the only team to win the IPL four times.

Things will be different this time, though, as the team will be away from the comforts of their home ground. The IPL has been moved from India to the UAE due to the impact of COVID-19 in India – the country with the third-highest number of coronavirus cases in the world.

The tournament is set to begin on September 19 and will run until November 10. The matches will be played in three cities in the Emirates - Dubai, Abu Dhabi and Sharjah.

The teams will have to go through at least five rounds of testing before they could train in the UAE as mandated in the standard operating procedures (SOPs) shared by the BCCI with the franchises.

Mumbai Indians Cricket IPL 2020
Get the latest updates on T20 World Cup, check out the T20 World Cup Schedule and Live Score . Like us on Facebook or follow us on Twitter for more sports updates. You can also download the NDTV Cricket app for Android or iOS.