Rohit Sharma Says As Captain, He Is The Least Important Person In Team

Rohit Sharma has led Mumbai Indians to a record four IPL titles so far, which makes him the most successful captain in cash-rich league's history. 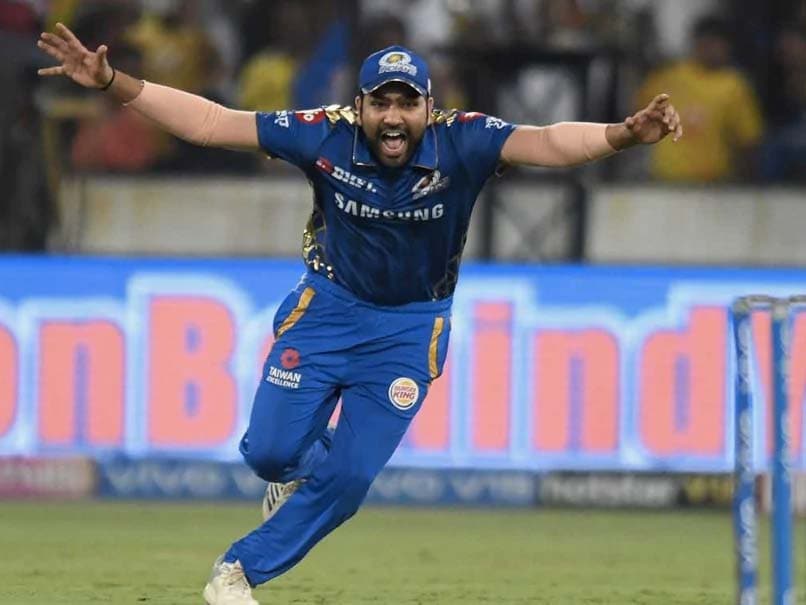 Rohit Sharma has won a total of five IPL titles so far, including four with Mumbai Indians.© AFP

Selflessness defines a leader in Rohit Sharma's captaincy rulebook and that's why he has no hesitation in calling himself the "least important person" in the Mumbai Indians team, the most successful franchise in IPL's history. Indian cricket will hit the restart button with the IPLfrom September 19 in the UAE even as the world continues its frenzied battle to contain the COVID-19 pandemic.

The man, who led Mumbai Indians to four titles, knows that as captain, it will not just be about him getting back into the groove after a forced seven-month break.

"I believe in a theory that when you are captain, you are the least important person. Others become more important in the larger scheme of things. It works differently for different leaders but as far as I am concerned, this theory works for me," Rohit told PTI in an exclusive interview.

Suresh Raina recently compared his cool quotient to that of Mahendra Singh Dhoni. He prefers to play down the comparison but there is one undeniable similarity between the two -- Rohit can also remain as unfazed as the former India captain in the most difficult of situations.

"Not showing anger is not a conscious effort," he laughs.

"That's a natural instinct that you have and you don't try and be someone that you are not. Try and be yourself all the time," he said.

"You do get angry, lose temper at times but it's important not to show it to your teammates. Hiding your emotions is the most crucial part."

The Indian vice-captain believes that there is "enough time" before the IPL starts and he would slowly build on his strength, stamina and skills during the next one month after the long lay-off.

"Hopefully, the gym will open this week and I can start my indoor (strength training) sessions. Right now, due to Mumbai monsoons, you can't train outdoor. I am planning to write a letter to MCA (on using indoor facilities)," he said.

Having won an Asia Cup in Dubai in 2018, he has a fair idea about what awaits his team next month in terms of conditions.

Rohit said the plan is to build up slowly after being away from his bat for the longest he can remember.

"We have lot of time in our hands...I will be taking it slow. Luckily, I don't think there is any rush that I need to show. We have enough time. I will work on getting back to the ground slowly because the temperature in Dubai is 40 degrees. It's not easy," he said.

"It's the longest gap that I have ever had in my career without holding a bat. It will be a bit challenging. Unless I play, I will not know where I am and how I feel but body is completely fine. I feel physically more strong than ever because of the last four months," Rohit said.

He has consistently been in touch with MI's core team of strategists on conference call discussing the details of the challenge ahead in the UAE, where the IPL will be held in Dubai, Sharjah and Abu Dhabi.

"It's a good environment to be in. It's challenging but I love challenges and I want an environment like this. My mind has been relaxed for last five months...," he said.

"...Your planning changes a lot. Pitches in Dubai are a bit on the slower side. The pitches are not so different from India but yes overhead conditions will be a big factor as you are not always used to playing in 40 degrees which can be a bit of a challenge," he explained.

"As much as we sit and plan things here, it could completely change once we are there and check out the conditions and then think about ideal combinations," he felt.

For him, it's important that youngsters can look up to him and draw confidence.

"You need to give confidence to the younger players, some of them haven't played the IPL before, don't have international exposure. I need to make sure they are in the best zone, not pressurised by the moment and get those little performances from everyone," he said.

Asked about some of the youngsters he is looking forward to seeing this year, the skipper made it clear that he never found naming favourites and comparisons healthy.

"When I was a 20-year-old, trust me I never liked comparisons. Know one thing, you should never pit two young guys against each other. They don't feel good about it.

"It's important that everyone is treated the same and then it's purely up to them as to what they do with their careers and how they take it forward," the easygoing batsman, who has nearly 14,000 international runs, said.

Talking about time away from the game in a lockdown, Rohitspoke about how it helped him reflect on his life outside the rigours of 22 yards.

A life in which he is first and foremost a loving husband and a doting dad.

"I probably understood the importance of family more than ever before. Through the year, through your playing career, they sacrifice so much for you, you are home for a short time and always on the road," he said.

"It was icing on the cake because my daughter (Samaira) is just growing up. It's these years of her life that I don't want to miss. The first step that she takes, the first words spoken.

"Spending so much time with her, playing with her, putting her to sleep, it was pure joy," he concluded.

Rohit Sharma IPL 2020 Cricket
Get the latest updates on T20 World Cup, check out the T20 World Cup Schedule and Live Score . Like us on Facebook or follow us on Twitter for more sports updates. You can also download the NDTV Cricket app for Android or iOS.