IPL 2020: Royal Challengers Bangalore suffered their third straight defeat as they lost to SunRisers Hyderabad by five wickets in Sharjah. 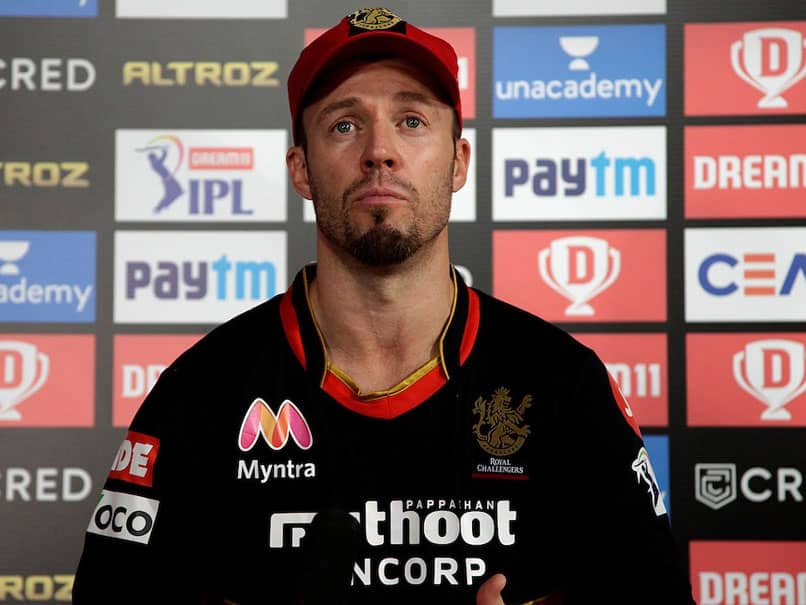 RCB vs SRH: AB de Villiers said that it was a terrible feeling to lose three matches in a row.© BCCI/IPL

Royal Challengers Bangalore's (RCB) road to the playoffs has become more arduous after they tasted defeat at the hands of SunRisers Hyderabad (SRH) on Saturday and star batsman AB de Villiers said that it is a "terrible feeling" to lose three games on the trot. Wriddhiman Saha and Jason Holder played knocks of 39 and 26 respectively as SRH defeated RCB at the Sharjah Cricket Stadium to keep their own hopes alive of reaching the last four. RCB have now lost three matches in a row, which has opened up numerous possibilities for the top four, and the race for the playoffs has become more intense.

De Villiers feels that the pitch in Sharjah was slow which eventually put pressure on the batsman.

"The Sharjah wicket was very slow, the outfield was slow as well so punching through covers didn't go for four, it went for one or two. That also put a lot of pressure," said the right-handed batsman.

"I thought they were quite boring out there which was what was required on this wicket. There was enough in the wicket to do the basics well, they hit the top of the wicket with the odd cutter on a good length. They backed that up with very good fielding," he added.

"The Delhi game is a big game we all know that. We're going to have to come out with our best cricket on the day. If we do, things will look up very well for us," De Villiers said.

AB de Villiers IPL 2020 Royal Challengers Bangalore vs Sunrisers Hyderabad, Match 52 Cricket
Get the latest updates on IPL 2021, IPL Points Table , IPL Schedule 2021 , live score . Like us on Facebook or follow us on Twitter for more sports updates. You can also download the NDTV Cricket app for Android or iOS.