IPL 2020 Fantasy, MI vs KKR: Mumbai Indians have all the big guns in their team, but Kolkata Knight Riders have a few weapons of their own. 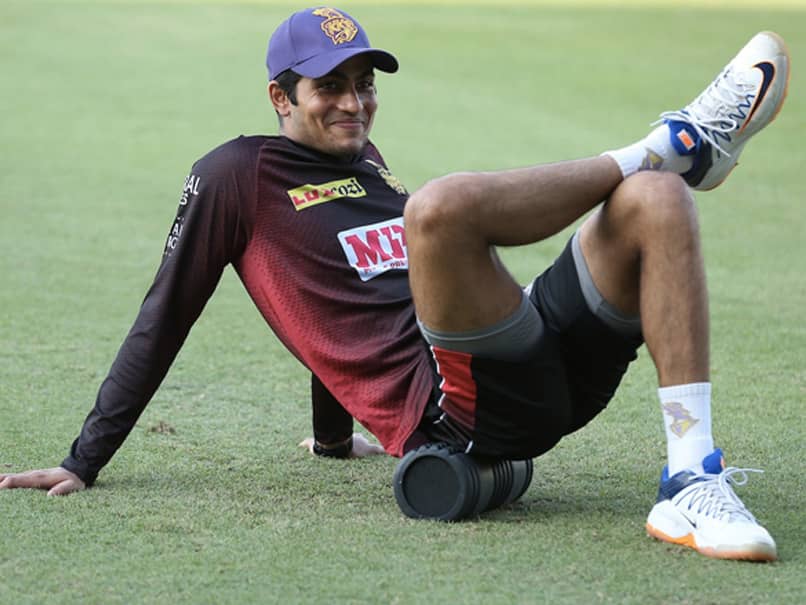 MI vs KKR: Shubman Gill has been one of the most consistent performers for KKR this season.© BCCI/IPL

Mumbai Indians take on Kolkata Knight Riders at the Sheikh Zayed Cricket Stadium in Abu Dhabi on Friday. MI have already gotten the better of their opponents in IPL 2020, when they beat KKR by 49 runs at the same venue on September 23. Both teams have some big-name players in the line-up, capable of fetching big points on the day for all the IPL 2020 Fantasy enthusiasts. But many of the names on show in the MI vs KKR match also come with huge risks. The likes of Andre Russell, Rohit Sharma come with hefty price tags and have they really done enough to warrant a place in your Fantasy XI?

Quinton de Kock (Credits - 10): The South African could be a solid pick for the wicketkeeper's position but at 10cr, can be an expensive buy for many. But what Quinton de Kock guarantees is quick runs at the top of the order. And thanks to his high percentage of boundary count, can fetch a few points. The wicketkeeper-batsman has already got 334 points, having scored 191 runs in seven games, with 17 fours and eight sixes to his name. He has also taken seven catches and one stumping.

Shubman Gill (Credits - 8.5): A must have in your team! Going by the form and the responsibility with which the stylish right-hander has been batting, there are points galore to come from him. Yes, there will be an odd failure here and there, but by and large, Shubman Gill should be in your XI, especially at the price rating he has been given. The KKR opener has already fetched 360 points, having scored 254 runs in 7 games, which includes two half-centuries. He has also taken four catches this season.

Suryakumar Yadav (Credits - 9): Like Shubman Gill, Suryakumar Yadav has fetched a lot of points, despite not having to spend a fortune on him. The Mumbai Indians batsman has been a constant this season for his team and should be a constant in your IPL Fantasy XI as well. Suryakumar is currently the highest run-getter for Mumbai Indians with 233 runs from 7 matches at a strike-rate of 155.33. He has two half-centuries and has hit a total of 37 boundaries so far.

Trent Boult (Credits - 8.5): There is little doubt that the New Zealand star is one of the best fast bowlers in the world currently but there is a disparity in his price tag and that of Jasprit Bumrah. While Trent Boult has been priced at 8.5cr, Bumrah has been rated at 10cr. Both have taken 11 wickets each from the seven games they have played. Boult, though, is a better fielder and could fetch you a few extra points there. So, those not looking to spend big should go for Boult but if you have money to splash then Bumrah could be the better option, going by his recent performances.

Varun Chakravarthy (Credits - 6.5): If you are one those that like to bank on big-name players, who obviously come at a premium price, then you must be looking to get one or two players on the cheap. At 6.5cr, Varun Chakravarthy is not only a cheap buy but can also fetch you a decent number of points. The 'mystery' spinner, as he is called by many, has already bagged 175 points. He is a sure starter in the team and has taken five wickets at an economy rate of 7.45.

Trent Boult Varun Chakravarthy IPL 2020 Mumbai Indians vs Kolkata Knight Riders, Match 32 Cricket
Get the latest updates on IPL 2021, IPL Points Table , IPL Schedule 2021 , live score . Like us on Facebook or follow us on Twitter for more sports updates. You can also download the NDTV Cricket app for Android or iOS.