IPL 2020, MI vs DC: Rohit Sharma lavished praise on his players, hailing their performances in the 5-wicket triumph against Delhi Capitals as Mumbai Indians jumped to the top of the points table. 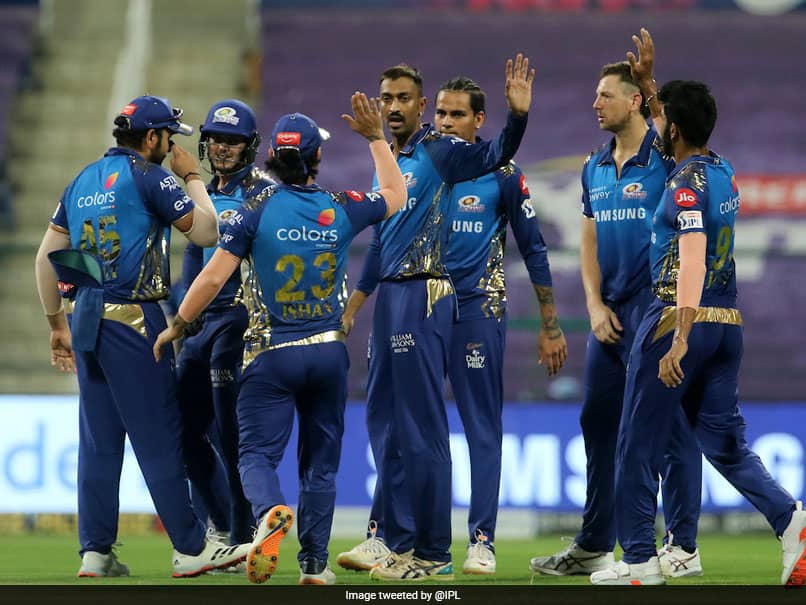 Mumbai Indians (MI) skipper Rohit Sharma was full of praise for his players, as the Mumbai-based franchise defeated Delhi Capitals (DC) by five wickets in an Indian Premier League (IPL) 2020 match at Sheikh Zayed Stadium in Abu Dhabi. Rohit hailed them for bowling "really well", while ensuring a "clinical" performance with the bat. The 33-year-old further went on to term it as the "perfect day" for his side, indicating his happiness following the win. The triumph propelled MI to the top of the points table, on account of a superior net run rate.

"Means a lot. The kind of cricket we are playing gives us confidence going forward. Really pleased how we have played in the first half of the tournament. Perfect day for us. We did everything right today. We bowled really well, then clinical with the bat," said Rohit during the post-match conference when asked to share his thoughts following the comprehensive win.

DC skipper Shreyas Iyer admitted that his side finished "10-15 runs short", highlighting the run-out of all-rounder Marcus Stoinis as a game-changer.

"We were 10-15 short. 175 would have looked completely different. We really missed out when Stoinis got run out. That is something we need to work on," he stated.

DC posted a total of 162 runs for the loss of four wickets after Iyer won the toss and opted to bat. Opener Shikhar Dhawan was the highest run-scorer, with 69 runs off 52 deliveries in an innings comprising of six boundaries and a six.

Dhawan received support from his team's skipper who scored 42 runs off 33 deliveries.

However, half-centuries from Quinton de Kock and Suryakumar Yadav helped MI remain in contention at every stage, with Kieron Pollard and Krunal Pandya getting the side across the line.

Quinton de Kock Cricket
Get the latest updates on IPL 2020, check out the IPL Schedule for 2020 and Indian Premier League (IPL) Cricket live score . Like us on Facebook or follow us on Twitter for more sports updates. You can also download the NDTV Cricket app for Android or iOS.