"Put Him In His Place": Lungi Ngidi, Faf Du Plessis See The Funny Side Of MS Dhoni's "Definitely Not" Reply

All conjectures about MS Dhoni quitting IPL were put to rest when the CSK skipper was terse in his "definitely not" answer to a question on his retirement. 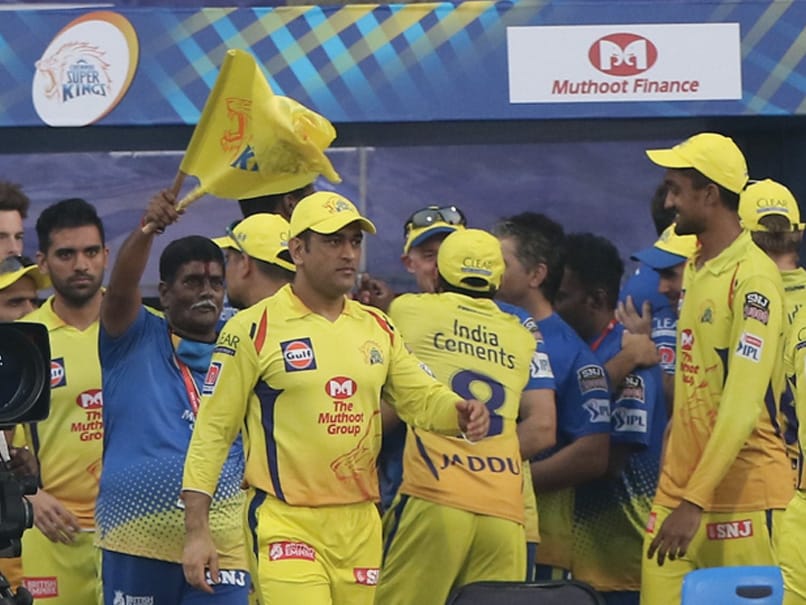 MS Dhoni on Sunday sent the Internet into a tizzy when he replied to commentator Danny Morrison's question, if the match against Kings XI Punjab (KXIP) was his last in Chennai Super Kings' (CSK) colours. During the toss of CSK's final match in IPL 2020 on Sunday, the former New Zealand pacer asked Dhoni, if this is "your last game ever in yellow?". "Definitely not", MS Dhoni replied with a wide grin on his face. CSK went on to beat Kings XI Punjab, and after the match, Lungi Ngidi and Faf du Plessis spoke about Dhoni's answer and his importance to the Chennai franchise as well as the Indian Premier League (IPL).

"We heard MS make a comment bit earlier. He was asked a question if this was the last time, he was donning the yellow jersey and I think his reply put him in his place," Ngidi said while speaking to compatriot Du Plessis in a video posted on IPL's Twitter handle.

"I think Danny just had a setback after that," Du Plessis chimed in.

The former South Africa captain, then spoke about what MS Dhoni means to CSK and the IPL.

"When you say CSK, you think of MS Dhoni and also the IPL needs MS Dhoni to play. Such a big player. The fans love him so much," said the South African veteran.

Watch the entire conversation between the two CSK stars here:

'CSK is synonymous to MS Dhoni'@faf1307 & @NgidiLungi speak about the Definitely Not moment from @msdhoni & also look back at the season gone by for the men in yellow.

CSK signed off from IPL 2020 in style, comprehensively beating Kings XI Punjab by nine wickets to end the latter's hopes of reaching the playoffs. The KL Rahul-led team needed to beat CSK and hope that other results went their way in order to cement a place in the top four.

However, it wasn't to be as CSK put in a clinical performance with both the bat and ball and to shatter Punjab's dreams.

The win, CSK's third on the trot, also ensured that MS Dhoni and his team won't be finishing last in the IPL points table, with Rajasthan Royals' defeat later in the day to Kolkata Knight Riders consigning them to the bottom.

Lungi Ngidi IPL 2020 Chennai Super Kings vs Kings XI Punjab, Match 53 Cricket
Get the latest updates on ICC T20 Worldcup 2022 and CWG 2022 check out the Schedule, Live Score and Medals Tally. Like us on Facebook or follow us on Twitter for more sports updates. You can also download the NDTV Cricket app for Android or iOS.