As it was RCB's first offence of the season under the IPL's Code of Conduct relating to minimum over-rate offences, Virat Kohli was fined Rs 12 lakh. 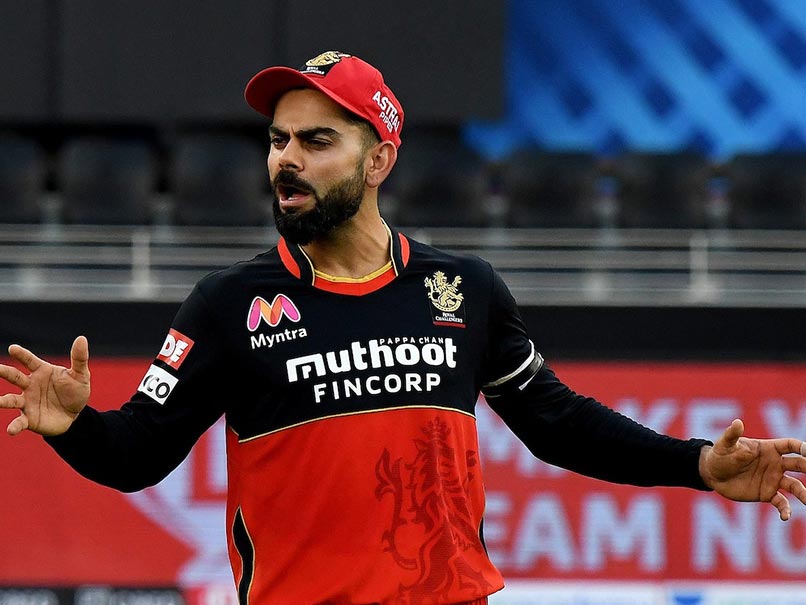 IPL 2020: Virat Kohli has been fined for maintaining a slow over-rate during clash vs Kings XI Punjab.© BCCI/IPL

Royal Challengers Bangalore (RCB) skipper Virat Kohli has been fined for maintaining a slow over-rate during the Indian Premier League (IPL) 2020 clash against Kings XI Punjab (KXIP). The RCB captain has been fined Rs 12 lakh relating to minimum over-rate offences. "Royal Challengers Bangalore Captain Virat Kohli has been fined after his team maintained a slow over-rate during their Indian Premier League (IPL) 2020 match against Kings XI Punjab in Dubai on 24 September 2020," the IPL said in a statement. "As it was his team's first offence of the season under the IPL's Code of Conduct relating to minimum over-rate offences, Kohli was fined Rs 12 lakh," it added.

RCB suffered a massive 97-run defeat at the hands of KXIP in the match on Thursday.

KXIP skipper KL Rahul played an unbeaten knock of 132 not out off 69 balls as he helped his side post a huge target of 207 for RCB. With this knock, Rahul also achieved the highest individual score by an Indian player in the IPL.

Ravi Bishnoi and Murugan Ashwin then took three wickets each in the match as Kings XI Punjab bundled out RCB for 109 runs.

RCB will next take on Mumbai Indians in IPL 2020 on September 28.

Virat Kohli IPL 2020 Kings XI Punjab vs Royal Challengers Bangalore, Match 6 Cricket
Get the latest updates on T20 World Cup, check out the T20 World Cup Schedule and Live Score . Like us on Facebook or follow us on Twitter for more sports updates. You can also download the NDTV Cricket app for Android or iOS.