Fast bowler Jofra Archer was on Thursday ruled out of England's Test tour of Sri Lanka and the Indian Premier League season due to a stress fracture in his right elbow. 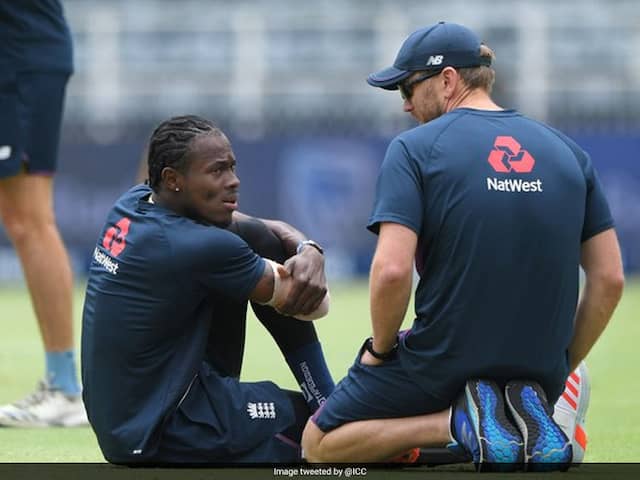 Jofra Archer will not be a part of Rajasthan Royal's squad for the upcoming IPL season.© Twitter

Top England fast bowler Jofra Archer was on Thursday ruled out of the upcoming Indian Premier League due to a stress fracture in his right elbow.  The England and Wales Cricket Board confirmed that Archer, who plays for the Rajasthan Royals in the IPL, will also miss England's Test tour of Sri Lanka. He is expected to be out of action for three months. "Archer underwent further scans on his injured right elbow yesterday in the UK which confirmed a low grade stress fracture," said the ECB in a statement.

"He will now commence an injury rehabilitation programme with the ECB medical team with a view to be ready for the international summer campaign starting in June against the West Indies in a three-match Test series," it added.

Archer experienced discomfort in his right elbow during the series in South Africa in December when he could only play the Boxing Day Test.

He has also played a T20 International. His absence is a big blow to the Rajasthan Royals ahead of the IPL beginning next month.

Jofra Archer IPL 2020 Cricket
Get the latest Cricket news, check out the India cricket schedule, Cricket live score . Like us on Facebook or follow us on Twitter for more sports updates. You can also download the NDTV Cricket app for Android or iOS.