Jasprit Bumrah said he loves the way Zlatan Ibrahimovic rose from the ashes to become one of the best in the business. 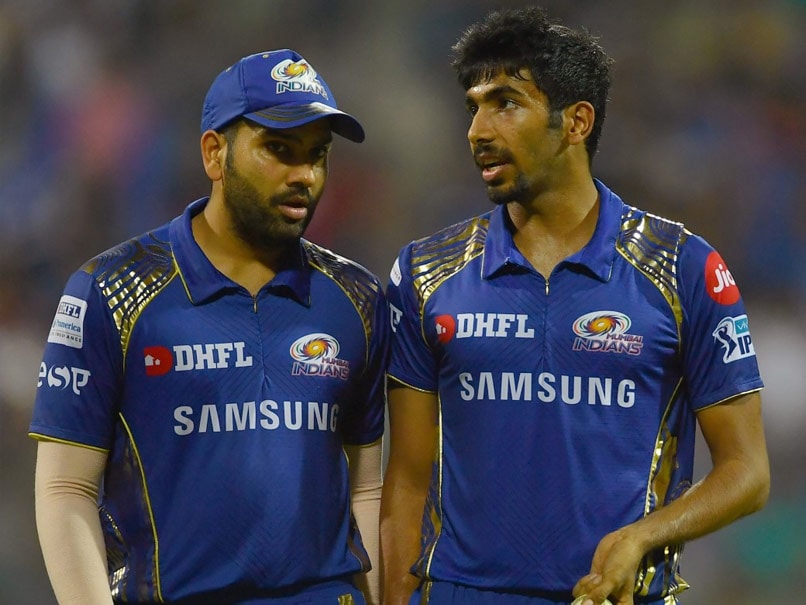 Rohit Sharma caught up with Jasprit Bumrah on Instagram live where the India pacer revealed that he takes inspiration from Swedish football star Zlatan Ibrahimovic. Bumrah said he loves the way Ibrahimovic rose from the ashes to become one of the best in the business. "I love Ibra. I can relate to his story that people did not take him seriously and then he became a star. I can relate as I think people took me lightly initially and then I proved them wrong, I am still trying," Bumrah told Rohit on Wednesday.

With an abnormal, unorthodox action and natural pace, which he generates with a short run-up, Bumrah has left cricket pundits and fans all over the world baffled.

Bumrah's action, which was frowned upon in his initial days, is so unique that fans have been trying to copy it ever since he made his international debut.

"The communication was difficult initially. He taught me the mindset when he gets hit, he smiles. I used to get annoyed at the beginning but he explained there is no point getting angry," Bumrah said.

Mumbai Indians skipper Rohit then said that he is really looking forward to IPL and is very excited because of the new players they had bought in the auction.

"We were excited with the team this time. Was very much looking forward to this year. We had a lethal new-ball bowling combination with you and Trent Boult. And we added Chris Lynn in our batting lineup.

"We have all our bases covered this year. But it's ok we can't control such things," Rohit said.

For now, the start of the IPL has been put back from March 29 until April 15 "as a precautionary measure" over the coronavirus, the BCCI said.

Jasprit Bumrah IPL 2020 Cricket
Get the latest updates on ICC Women's Cricket World Cup 2022 and IPL 2022, check out the Schedule , Live Score and IPL Points Table. Like us on Facebook or follow us on Twitter for more sports updates. You can also download the NDTV Cricket app for Android or iOS.