The 2020 IPL tournament is due to start in the United Arab Emirates next month. 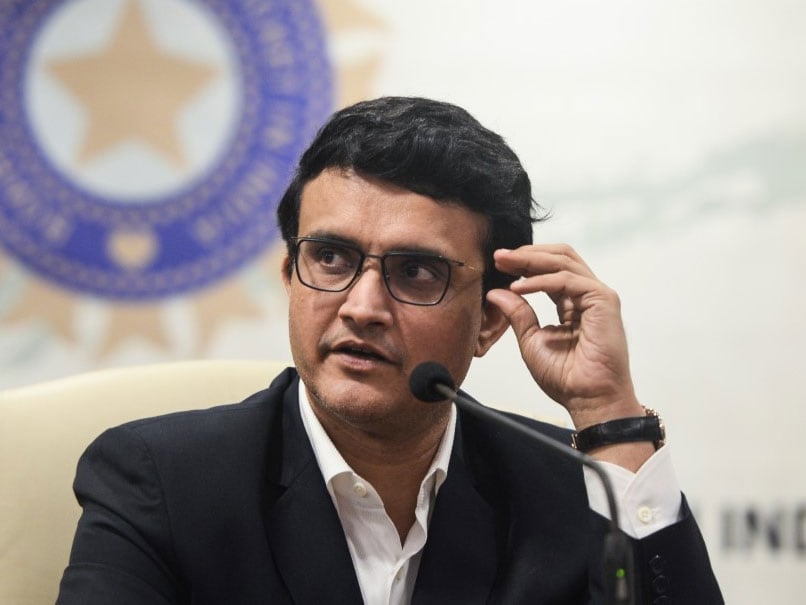 The BCCI is in talks with Indian companies over IPL 2020 sponsorship deals.© AFP

India's cricket chief Sourav Ganguly says the Indian Premier League's decision to suspend a lucrative contract with its main sponsor, the Chinese phone maker Vivo, following a deadly border clash between the two nations is "just a blip". The IPL last week suspended the agreement with Vivo, which signed a five-year contract in 2017 worth more than $330 million to sponsor the world's richest cricket tournament.

"I wouldn't call it a financial crisis. It is just a little bit of a blip," said Ganguly, the head of the Board of Control for Cricket in India (BCCI).

"BCCI, it's a very strong foundation - the game, the players, the administrators in the past have made this game so strong that BCCI is able to handle all these blips," he said at an online conference on Saturday, the Press Trust of India reported.

"You keep your other options open. It is like Plan A and Plan B."

The 2020 IPL tournament is due to start in the United Arab Emirates next month.

Calls for a boycott of Chinese firms and products in India grew after the June 15 clash in which 20 Indian soldiers died.

The Indian government has already banned dozens of Chinese smartphone apps and also taken other measures to restrict trade with China.

According to reports, the BCCI was in talks with Indian companies over sponsorship deals but was expected to make less than the $60 million it would have received from Vivo.

Each of the eight IPL teams stands to lose nearly $4 million from the lost sponsorship, a team official told AFP Thursday on condition of anonymity.

The star-studded IPL Twenty20 league is a huge revenue earner for BCCI and is estimated to generate more than $11 billion for the Indian economy.

The tournament normally starts in March, but was repeatedly postponed this year because of the coronavirus pandemic.

India Cricket Team Sourav Ganguly IPL 2020 BCCI Cricket
Get the latest updates on IPL Auction 2023 and check out  IPL 2023 and Live Cricket Score. Like us on Facebook or follow us on Twitter for more sports updates. You can also download the NDTV Cricket app for Android or iOS.