IPL Auction 2020: Shimron Hetmyer was the sixth most expensive player sold in the annual auction. 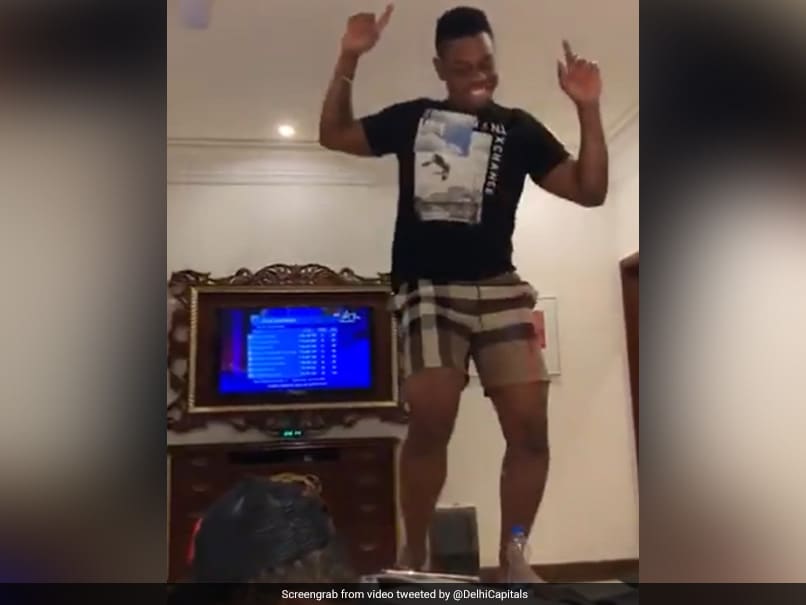 The Indian Premier League (IPL) auction 2020 saw eight sides shelling crazy amounts of money in an effort to build formidable squads. There were some players who forced a bidding war among multiple franchises and pocketed huge money, while there were some really big names who went unsold. The auction was full of surprises not only for the fans but also the players and it was visible in the celebration of the West Indies opener Shimron Hetmyer who was bought by the Delhi Capitals for Rs 7.75 crore on Thursday. Hetmyer, who kept his base price at Rs 50 lakh, had interest from multiple teams which led to his price shooting 15.5 times than his minimum asking price. After signing the explosive opener, Delhi Capitals tweeted a video where Hetmyer can be seen celebrating his big money move with a crazy dance on a Hindi song, playing in the background.

Us: Hi, Mr. Shimron. Welcome to DC! Can you please share a message for our fans?

Hetmyer was the sixth most expensive player who was sold in the annual auction, behind the likes of Pat Cummins, Glenn Maxwell and Nathan Coulter-Nile who all went for crazy money.

One of the reasons why several IPL sides were interested in Hetmyer was because he has been in a tremendous form in the ongoing ODI series against India.

In the first One-day International (ODI), Hetmyer scored 139 runs which helped the West Indies chase down India's total quite easily.

The win helped the visitors take the 1-0 lead but in the following match hosts came back strongly and levelled the series 1-1 after beating them by 107 runs.

Delhi managed to reach the play-offs last season and in a bid to go one better in the upcoming season, they invested heavily in big-hitters.

They also spent big on Australian all-rounder Marcus Stoinis for whom them paid Rs 4.80 crore.

Shimron Hetmyer IPL 2020 Cricket
Get the latest updates on IPL 2021, check out the IPL 2021 Schedule and Indian Premier League Live Score . Like us on Facebook or follow us on Twitter for more sports updates. You can also download the NDTV Cricket app for Android or iOS.