"We Are Not Here To Have Fun": Virat Kohli Asks Players To Respect Bio-Bubble Protocols

Virat Kohli implored all IPL players to respect the bio-bubble protocols, saying they are privileged to play the IPL amid a pandemic. 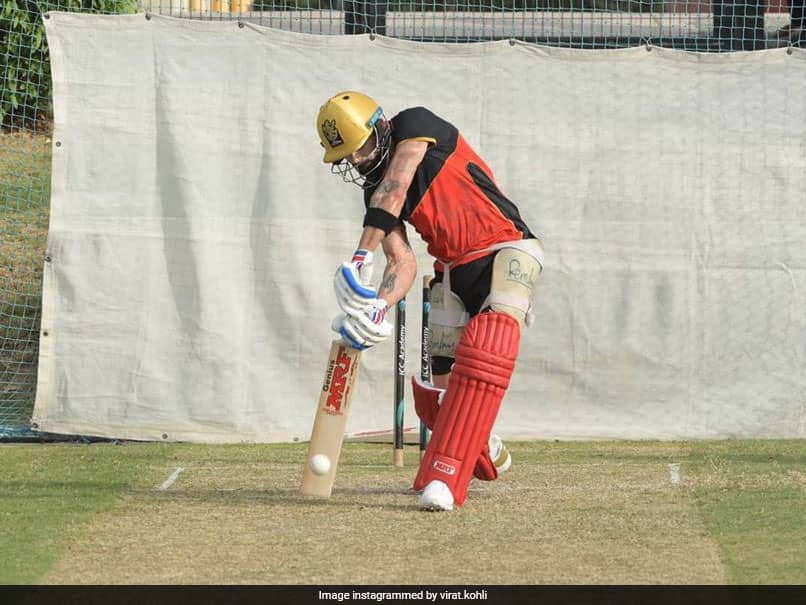 India and Royal Challengers Bangalore captain Virat Kohli understands "the privilege" of being able to play cricket in the middle of a raging pandemic and he wants all IPL participants to respect the tournament's bio-secure bubble. Speaking on RCB's Youtube show ''Bold Diaries'', the 31-year-old said he didn't exactly miss the game during the COVID-forced lockdown, which brought sporting action to a halt. "Maybe because I was going on day and night for the last 10 years...It was a revelation for me in the sense that my focus was not solely on missing the game all the time," Kohli said.

Up close and personal with Virat Kohli who talks about getting back on the cricket field after a long break, the feeling of welcoming a third member to his clan and much more! #PlayBold #IPL2020 #WeAreChallengershttps://t.co/mdWo6rbdh8

Now that he is gearing up to be back in action with the IPL, starting September 19 in the UAE, Kohli said the BCCI's Standard Operating Procedure and the bio-bubble restrictions should be non-negotiable for all participants.

"We are all here to play cricket...The bio-bubble needs to be respected at all times for the tournament to happen eventually. We are not here to have fun and roam around and you know say that 'I want to hang out in Dubai,'" Kohli asserted.

"That is not the time we are living in. Accept the phase that we are going through and understand the privilege that we have, just to be a part of the IPL. Everyone should accept that and not behave in a manner which situation doesn't require them to," he said.

Speaking about coming back to the game after five months, Kohli said it didn't take much time for him to find his groove.

"A couple of months back you couldn't imagine that you will have IPL firstly... When we had our practice session yesterday, I realised how long it has been. When I was heading to the practice session, I felt nervous," he conceded.

"I felt a bit jittery but things were okay. I didn't miss the game as much as I though I might...just carrying on with life was also important," he said.

Kohli credited the side's support staff, led by Team Director Mike Hesson, for making everyone understand what's at stake and at the same time not put them under pressure.

"Culture will not change for any individual preferences," he said.

On the the tournament being played without in-stadia fans because of the bio-bubble restrictions, Kohli said it would be strange at first but eventually players will adapt to the feeling.

"I would not say it won't be difficult, strange. The echo of bat hitting the ball, I haven't experienced it for the last 10 years. The Ranji Trophy was the last time. But we have done this at some stage of our lives," he said referring to the domestic games which are played in near-empty venues.

"The crowd factor will definitely play a part but the instincts will kick in and it will diminish quite quickly," he added.

The instinctive celebrations on the field will also be restricted due to health-safety protocols. Kohli reiterated that everyone has no choice but to adapt.

"It has to be a balance. You cannot go berserk. We can't be like kids being sent to a park," he quipped.

The star cricketer, who will welcome his first child in January with actor wife Anushka Sharma, said he has been over the moon ever since he got to know about it.

"It is an incredible feeling. It puts things in perspective for you. It is difficult to describe how you feel," he said.

Virat Kohli Cricket IPL 2020
Get the latest updates on IPL 2021, IPL Points Table , IPL Schedule 2021 , live score . Like us on Facebook or follow us on Twitter for more sports updates. You can also download the NDTV Cricket app for Android or iOS.