IPL 2020, RR vs MI: Jofra Archer and Jasprit Bumrah have been in the thick of things and the English bowler acknowledged his rival with a little Bumrah-like shimmy when the two sides met. 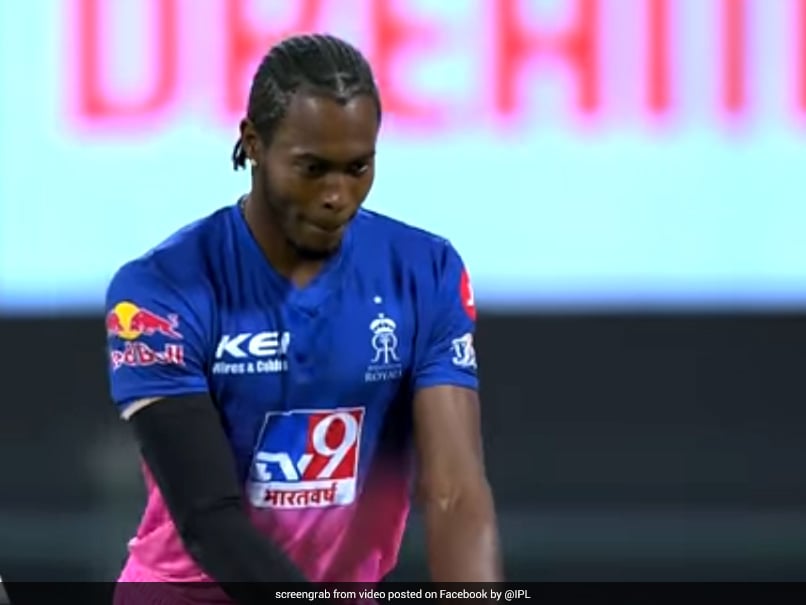 The Rajasthan Royals vs Mumbai Indiansclash on Sunday saw Jofra Archer and Jasprit Bumrah-- two of the best fast bowlers in world cricket -- leading their side's bowling attack. While Archer is known for his clean and effortless bowling action, Bumrah's unique action makes him stand out from other bowlers, something which many fans around the world try to imitate. During the game, the England pacer was also seen imitating Bumrah's action, with a big smile on his face. While Archer didn't complete the whole action, it was enough to catch fans' attention on social media platforms. Sharing the video on Instagram, the Indian Premier League, wrote: "That moment when Archer was trying to do a Bumrah #Dream11IPL #RRvMI".

Archer and Bumrah both have been in super form for their respective franchises, with 17 wickets under their belt from 12 and 11 outings respectively. Archer once again impressed as he picked up two wickets, conceding 31 runs in his four-over spell against Mumbai. He accounted for the wickets of in-form Mumbai Indians opener Quinton de Kock (6) and Saurabh Tiwary (34).

Archer's impressive economy of 6.71 also took him to the second spot in the race for 'Purple Cap', behind Delhi Capitals' Kagiso Rabada who has 23 wickets from just 11 games.

Bumrah, on the other hand, didn't have a night to remember as he went wicketless and leaked 38 runs in his quota of four overs.

Just like Bumrah, other Mumbai Indians bowlers also failed to provide their side with the breakthrough in the middle overs, which allowed Rajasthan Royals to chase down a huge total of 196 runs with ease, with 10 balls to spare.

Ben Stokes (60-ball 107*) and Sanju Samson (54* off 31) stitched an unbeaten 152-run stand, helping their side register a convincing eight-wicket win over the defending champions.

Sheikh Zayed Stadium, Abu Dhabi IPL 2020 Cricket Rajasthan Royals vs Mumbai Indians, Match 45
Get the latest updates on IPL 2021, check out the IPL 2021 Schedule and Indian Premier League Live Score . Like us on Facebook or follow us on Twitter for more sports updates. You can also download the NDTV Cricket app for Android or iOS.