IPL 2020, RCB vs RR, Royal Challengers Bangalore vs Rajasthan Royals: Players To Watch Out For

RCB vs RR: Some of the biggest names in world cricket will come face to face when Royal Challengers Bangalore take on Rajasthan Royals in Abu Dhabi. 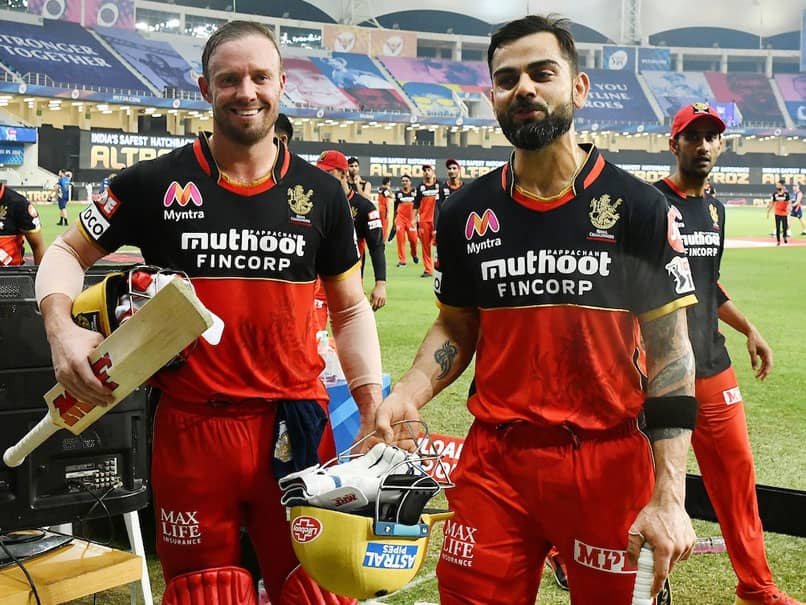 RCB vs RR: Virat Kohli and AB de Villiers will once again be key as RCB take on RR in Abu Dhabi.© BCCI/IPL

Royal Challengers Bamgalore vs Rajastham Royals IPL 2020 encounter will pit two current stalwarts of the game in Virat Kohli and Steve Smith against each other. The IPL 2020 match will be played at the Sheikh Zayed Stadium in Abu Dhabi on Saturday and will be the first day game this season. RCB bounced back in style from their embarrassing defeat to Kings XI Punjab to get the better of defending champions Mumbai Indians in a Super Over thriller. Rajasthan Royals, meanwhile, got into the game on the back of their first loss in IPL 2020 and will look to get back to winning ways. After stunning batting displays in their first two matches, Rajasthan batsmen had a day to forget against KKR and will look to right the wrongs in the match against RCB.

AB de Villiers: The South African veteran has once again proved that age is of little consequence if you are fit enough. De Villiers has been the standout for RCB and has shouldered the responsibility with Virat Kohli failing to make his mark in the first three matches. The RCB star has scored 134 runs in three matches at an average of 67 and a strike-rate of 186.11.

Virat Kohli: It's not often that the superstar of world cricket misses out and even more rare that he fails in three back-to-back matches. But that has been the story of Virat Kohli's IPL 2020 so far. But the law of averages has to catch up some time or the other. The RCB captain is due for a big one and this could be the match when he finally comes to the party.

Yuzvendra Chahal: Once again, RCB's bowling has left a lot to be desired but in all that a certain Yuzvendra Chahal has stepped up and performed brilliantly. But one man can only do so much. The leg-spinner has taken five wickets in the three matches he has played at an economy rate of 7.58. RCB will be hoping that Chahal carries on in the same vein but gets some of support from others.

Sanju Samson: It's hard to look past Sanju Samson when Rajasthan Royals are playing. The wicketkeeper-batsman has once again showcased his talent with the bat in hand, scoring 167 runs in three matches, including two half-centuries, at an average of 55.66. The stylish right-hander has scored big runs in double quick time and that is evident from his incredible strike-rate of 201.20.

Steve Smith: There were many question marks over the Australian going into the tournament and Steve Smith has answered them all with much aplomb. The Australian superstar has taken up the role of opening the innings for Rajasthan Royals and has thrived. Smith has scored 122 runs in three matches at an average of 40.66, including two half-centuries, and a strike-rate of 150.61.

Jofra Archer: The fiery English pacer is yet to really make his mark this season and will be raring to go against some of the best batsmen in the world in the RCB lineup. Archer has played all three games so far for RR, taking three wickets at an economy rate of 7.50.

Jofra Archer IPL 2020 Royal Challengers Bangalore vs Rajasthan Royals, Match 15 Cricket
Get the latest updates on IPL 2021, IPL Points Table , IPL Schedule 2021 , live score . Like us on Facebook or follow us on Twitter for more sports updates. You can also download the NDTV Cricket app for Android or iOS.