IPL 2020, MI vs SRH: While Mumbai Indians enjoy a healthy win percentage against most of the sides, they have won and lost in equal proportion against the SunRisers Hyderabad. 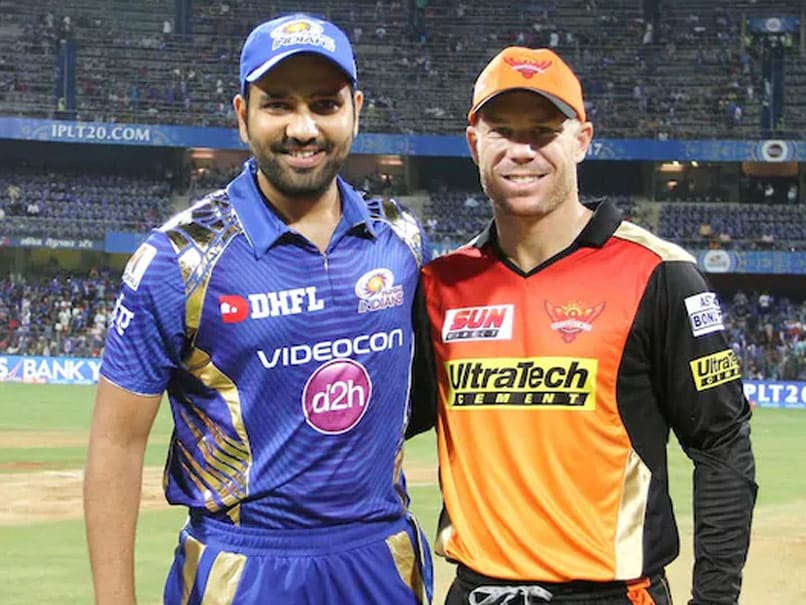 IPL 2020, MI vs SRH: Mumbai Indians and SRH have defeated each other seven times.© BCCI

Defending champions Mumbai Indians will take on Sunrisers Hyderabad (SRH)at the Sharjah Cricket Stadium in Match 17 of Indian Premier League (IPL) 2020. Rohit Sharma and David Warner -- two of the biggest entertainers in world cricket -- will look to lead their sides by example and consolidate their position in the top-half of the IPL Points Table, by adding two more points to their tally. After starting their campaign with two straight defeats, SRH have found their combination right and it has reflected in the result, having defeated Delhi Capitals and Chennai Super Kings. Rohit Sharma's side has blown hot and cold so far this season, losing and winning two games each.

While Mumbai Indians have been a force to reckon with in the cash-rich league for many years, SunRisers Hyderabad somehow seem to have devised a plan to trouble them time and again and it reflects in the head to head stats. While Mumbai enjoy a healthy win percentage against most of the sides, they have won and lost in equal proportion against the Hyderabad-based outfit.

Both these sides have faced each other 14 times so far, out of which the record IPL champions have won and lost seven times each, with one won coming in the Super Over.

Mumbai and SRH both are led by two of the most consistent batsmen in IPL history. But so far only Rohit has been able to provide his team the kind the start they expect of him, while Warner has failed to give them a solid start on a consistent basis.

Apart from their captaincy, both teams would want their skippers to fire with the bat as well, especially given the nature of the pitch and the small dimensions of the ground in Sharjah which has proven to be a run-scoring fest so far in the tournament.

David Warner Sharjah Cricket Association Stadium, Sharjah IPL 2020 Cricket
Get the latest updates on India vs Australia and check out  Schedule, Results and Live Score. Like us on Facebook or follow us on Twitter for more sports updates. You can also download the NDTV Cricket app for Android or iOS.