IPL 2020, MI vs SRH: Mumbai Indians and SunRisers Hyderabad will look to light up the Sharjah Cricket Ground when the two teams meet in an exciting clash on Sunday. 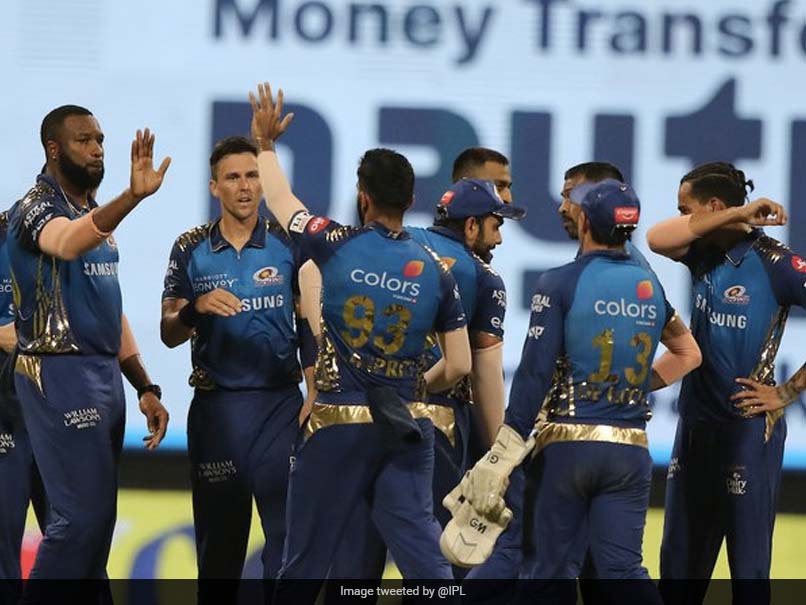 IPL 2020: Mumbai Indians sit at the top of the points table with four points from as many games.© Twitter

SunRisers Hyderabad(SRH), fresh of a thrilling win against Chennai Super Kings (CSK), will take on the defending champions Mumbai Indians at the iconic Sharjah Cricket Ground on Sunday. Both teams are tied at four points after four games but thanks to a superior net run-rate, Mumbai Indians are on top of the Indian Premier League 2020 points table. It will be the first outing for both sides in Sharjah this season and considering the short dimensions of the ground, fans can expect some fireworks with the likes of Rohit Sharma, Kieron Pollard, David Warner and Jonny Bairstow in action.

The Rohit Sharma-led side started their title defence with a five-wicket loss to CSK and followed it up with a 49-run over Kolkata Knight Riders (KKR).

Mumbai then stumbled in the Super Over against Royal Challengers Bangalore but got back to winning ways by hammering Kings XI Punjab by 48 runs.

The form of Kieron Pollard and Ishan Kishanhas eased the pressure on Rohit Sharma at the top of the order despite Quinton de Kock failing to make a considerable contribution yet in the tournament.

Rohit will be hoping that his overseas opening partner can get some runs next to his name on a ground that has given some high-scoring encounters this season.

With the ball, Jasprit Bumrah found his length against KXIP after being smashed for 42 runs without picking up a wicket against RCB. The biggest positive for Mumbai was Rahul Chahar who troubled KL Rahul, one of the leading run-getters in this year's IPL.

For SRH, the arrival of Kane Williamson in the middle order and with youngsters like Abhishek Sharma and Priyam Garg contributing to a win, has helped them turned their fortunes.

The fitness of Bhuvneshwar Kumar could be a concern for David Warner as the Indian pacer went off the field without completing his quota of four overs in their previous game.

If Bhuvneshwar misses out, SRH may have to bring in Siddarth Kaul who has been one of their star performers with the ball in the last two seasons.

David Warner IPL 2020 Cricket Mumbai Indians vs Sunrisers Hyderabad, Match 17
Get the latest updates on Fifa Worldcup 2022 and check out  Fifa World Cup Schedule, Stats and Live Cricket Score. Like us on Facebook or follow us on Twitter for more sports updates. You can also download the NDTV Cricket app for Android or iOS.