IPL 2020, KXIP vs MI: Rahul Chahar finished with 2/26 in his four overs as Mumbai Indians defeated Kings XI Punjab by 48 runs in Abu Dhabi on Thursday. 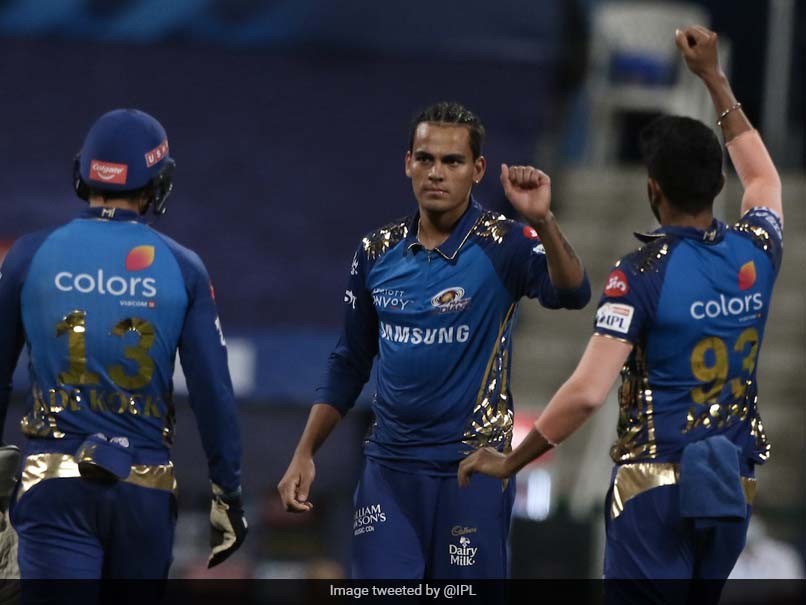 Mumbai Indians spinner Rahul Chahar, who took two wickets against Kings XI Punjab, said the pitch was helping spinners which helped him gain confidence and execute his plans. Chahar finished with 2/26 in his four overs as Mumbai defeated Punjab by 48 runs in Abu Dhabi on Thursday. "There was help for the spinners in the pitch and I was gaining confidence from it. My plan was to add pressure on them by giving less run and then attack for wickets. I was trying for the wickets," Chahar said in the post-match conference.

"We have a lot of faith in big-hitting skills of Pollard and Hardik. Pollard almost took us to the victory in the last game against RCB. They are in good form and they can finish games in any situation," the spinner said.

Apart from Chahar, James Pattinson and Jasprit Bumrah picked two wickets each while Trent Boult and Krunal Pandya got one wicket apiece.

Chasing 192 runs, KXIP got off to a good start. However, Bumrah castled in-form Mayank Agarwal (25) in the fifth over. Minutes later, Krunal Pandya bowled Karun Nair for a duck.

Nicholas Pooranthen joined skipper KL Rahul and the duo stitched a 21 run stand. Rahul's sluggish innings came to an end in the ninth over which reduced Punjab for 60/3.

Pooran played brilliantly and tried to revive KXIP's hope in the chase through his power-hitting before getting out in the 14th over. He scored 44 runs off 27 balls which included two glorious sixes.

KXIP kept losing wickets at regular intervals and were soon found reeling at 124/8. In the end, Punjab fell 49 runs short of the target.

Sheikh Zayed Stadium, Abu Dhabi IPL 2020 Kings XI Punjab vs Mumbai Indians, Match 13 Cricket
Get the latest updates on T20 World Cup, check out the T20 World Cup Schedule and Live Score . Like us on Facebook or follow us on Twitter for more sports updates. You can also download the NDTV Cricket app for Android or iOS.