IPL 2020: Jason Holder Arrives In UAE As A Replacement For Injured Mitchell Marsh In SRH Squad

IPL 2020: Jason Holder will now be confined to his room for six days and if he returns three negative COVID tests in this time frame, he will be allowed to join his teammates. 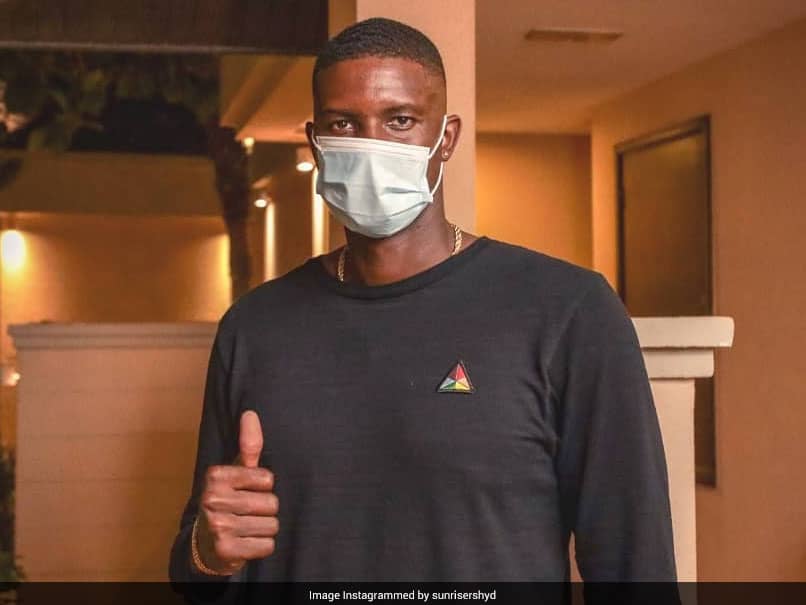 IPL 2020: Jason Holder arrived in the UAE as a replacement for Mitchell Marsh in SRH squad.© Instagram

West Indies Test skipper Jason Holder has arrived in the United Arab Emirates (UAE) to join the SunRisers Hyderabad (SRH) squad for the ongoing Indian Premier League (IPL). Holder will now be confined to his room for six days as he undergoes quarantine as a precautionary measure against the coronavirus. If he returns with three negative COVID tests in this time frame, he will join his teammates.

Once, they all test negative for COVID-19, the players can start training in the UAE with their teammates.

Earlier this week, SRH had announced that Holder will be replacing all-rounder Mitchell Marsh in the squad for the ongoing IPL.

In the match against Royals Challengers Bangalore (RCB) on Monday, Marsh had gone down in his first over. He had come on to bowl in the fifth over of the RCB innings, but on the second ball of the over, he seemed to have twisted his ankle. He bowled two more balls but eventually decided to walk off the pitch.

The right-handed batsman then came out to bat at number 10 and was visibly limping. However, he was dismissed on the very first ball he faced as SRH lots the match by 10 runs.

SRH lost their opening match against RCB and now the side are all geared up to face Kolkata Knight Riders on Saturday.

Mitchell Marsh IPL 2020 Cricket
Get the latest updates on IPL 2021, IPL Points Table , IPL Schedule 2021 , live score . Like us on Facebook or follow us on Twitter for more sports updates. You can also download the NDTV Cricket app for Android or iOS.