IPL 2020: Rohit Sharma, going about his business ahead of Mumbai Indians' next league game, left fans confused as they couldn't understand the reason behind his omission from the national team. 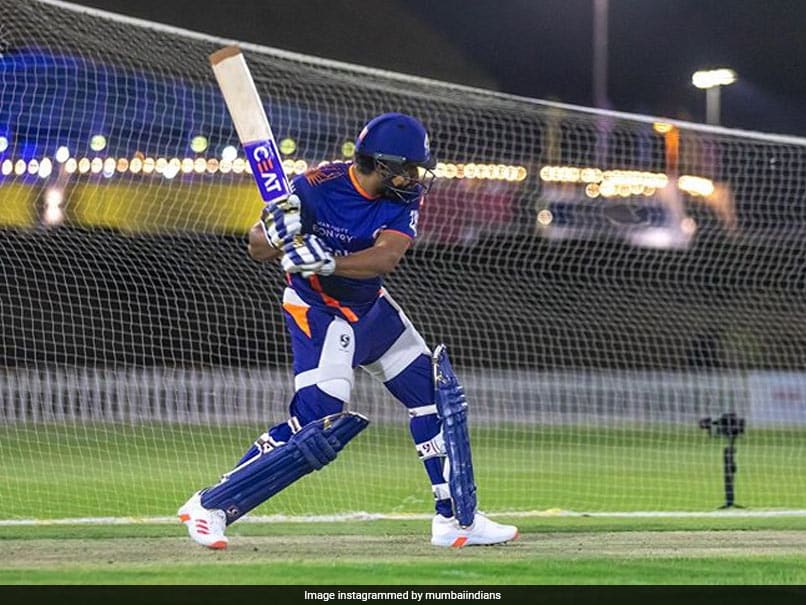 Rohit Sharma's exclusion from India's Test, ODI and T20I squads for the Australia tour came as a great surprise for many fans, who were eager to see their favourite star back in action for the national team. While announcing the squad, the BCCI's senior national selection committee said that its medical team will continue to monitor Rohit's progress, along with veteran pacer Ishant Sharma who was ruled out of the IPL with a rib injury. Rohit has missed Mumbai Indians' last two league games in the ongoing IPL 2020 with a hamstring injury.

Amidst his injury concerns, the franchise took to Instagram to share a few pictures of Rohit Sharma  going about his business in the nets. The pictures show Rohit charging down the ground and smashing the ball with great power. "Just what we love to see! Hitman in action at today's training," Mumbai Indians captioned the post.

Rohit, going about his business ahead of Mumbai Indians' next league game, left fans confused as they couldn't understand the reason behind his omission from the national team. Some fans also pointed that if Rohit's injury is really that serious why has he not been ruled out of the IPL.

What's happening, why Hitman isn't there in Indian squad if he's well settled to play? Even he's not ruled out of IPL, without him it's going to be too much difficult for our team, his record against Aussies speaks for him.
What's the truth?

In Rohit's absence, Kieron Pollard has taken over the leadership duties and managed to win one out of two games. Mumbai Indians suffered a eight-wicket loss against Rajasthan Royals, courtesy a sublime century from England all-rounder Ben Stokes who scored 107 not out off just 60 balls.

Rohit Sharma IPL 2020 Cricket
Get the latest updates on IND vs NZ 2021, check out the Schedule and Live Score . Like us on Facebook or follow us on Twitter for more sports updates. You can also download the NDTV Cricket app for Android or iOS.