IPL 2020, DC vs MI: Delhi Capitals have lost the momentum at the business end of the tournament, losing four games in a row, and are fighting to qualify for the playoffs. 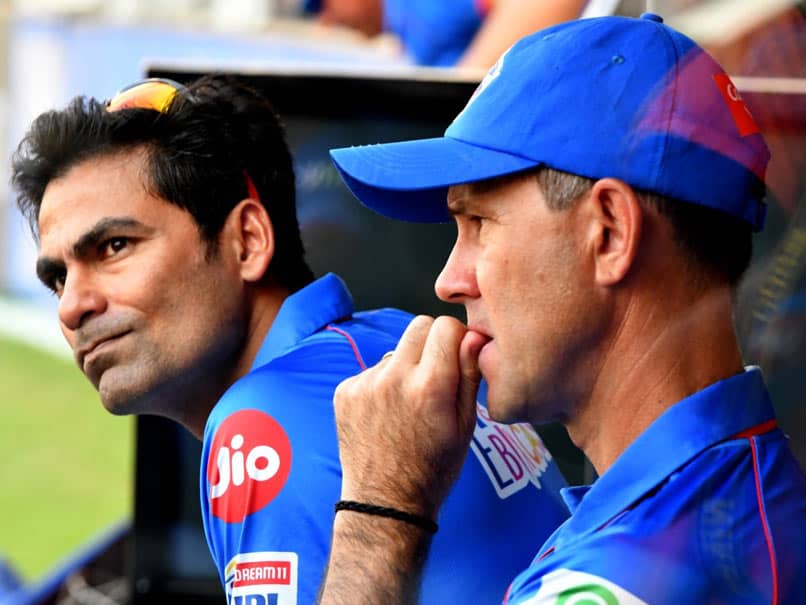 IPL 2020: Mohammad Kaif said that the coaching staff is trying to keep the team together.© BCCI/IPL

After stumbling to a nine-wicket loss against Mumbai Indians, Delhi Capitals' assistant coach Mohammad Kaif on Saturday said that players are feeling the pressure after suffering back-to-back defeats. Ishan Kishan and Quinton de Kock scored 72 not out and 26 respectively as the Kieron Pollard-led side comfortably chased down the target of 111 with nine wickets in hand and 34 balls to spare at the Dubai International Stadium.

"Players are feeling a bit of pressure, that can happen, we expect that, we are trying to keep the team together, at some stage you will lose form and struggle for it but we are still backing our main players, we did not expect that it might come down to net run-rate, we thought we might qualify easily, now we have to fight it out against RCB," said Kaif during the post-match press conference.

Delhi made three changes to their playing XI for the match against Mumbai. Commenting on these changes, Kaif said: "We thought playing a leg-spinner was the right way to go, we brought back Shaw as he had played good innings in the initial phase of the tournament, we all know what he can do on his day, we are just trying to find the best possible combination, we kept the main players together, we still have a lot of players who can win the match for us, right now we don't have much time to set things up, we will focus on the next match."

"We had a good start, probably we relaxed a bit in the middle and injury to Ishant and Amit Mishra did not help, we had to try uncapped Indian players, that's why we could not get our eleven going, it is a tough tournament, we have probably lost the rhythm but we are looking to our next match against RCB, we hope to win that and qualify for the playoffs," he added.

Kagiso Rabada is the joint-highest wicket-taker in this year's IPL but the pacer has struggled to provide breakthroughs to Delhi off late.

Commenting on the lack of wickets for Rabada off late, Kaif said: "I feel Rabada in the initial matches, there was a little bit of grip, the ball was holding up and that made life tougher for the batsmen, he has been fantastic in the middle overs, the pitches have become slower now so his cutters are not holding in the surface."

Delhi Capitals will next face against Royal Challengers Bangalore (RCB) on November 2 at the Sheikh Zayed Stadium in Abu Dhabi.

Mumbai Indians Mohammad Kaif IPL 2020 Cricket Delhi Capitals vs Mumbai Indians, Match 51
Get the latest updates on IPL 2021, IPL Points Table , IPL Schedule 2021 , live score . Like us on Facebook or follow us on Twitter for more sports updates. You can also download the NDTV Cricket app for Android or iOS.