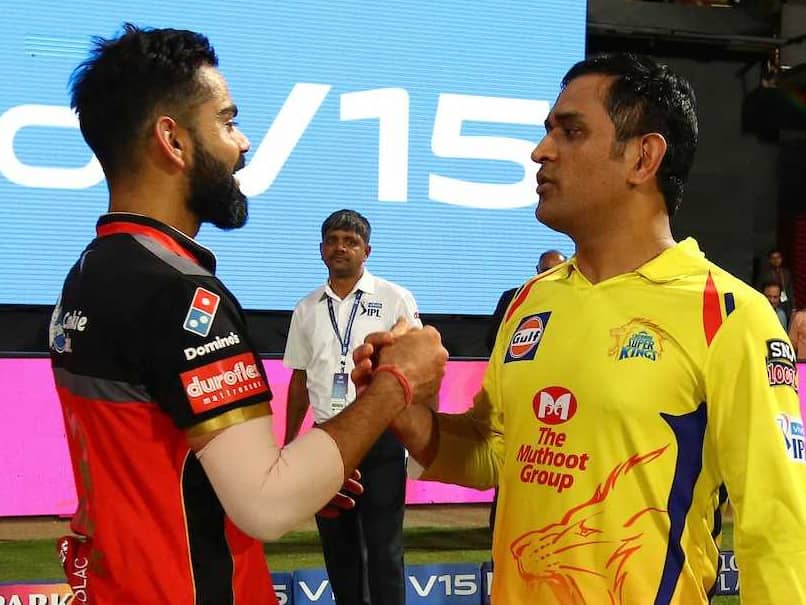 IPL 2020: Virat Kohli will be up against his former India captain MS Dhoni.© BCCI/IPL

Chennai Super Kings (CSK) vs Royal Challengers Bangalore (RCB) will see two Indian cricketers with massive fan following go against each other in one of the most anticipated clashes of the tournament. Former India captain MS Dhoni will be up against his successor at the international level in Virat Kohli when the two sides meet at the Dubai International Cricket Stadium on Saturday. Both teams have had a contrasting season so far, but are separated by just two points. RCB have three wins to their name from five matches, while CSK have played a match more and secured only two wins. Playing his first competitive tournament in over a year, MS Dhoni has failed to deliver with the bat and would hope to change that against RCB. Virat Kohli, on the other hand, has blown hot and cold this season scoring 133 runs from five innings, with the help of one half-century. On Saturday, both stars would hope to lead their side by example and inspire their teammates to produce their best on the field.

Chennai Super Kings enjoy a solid head to head record against Royal Challengers Bangalore. Both sides have faced each other on 25 occasions so far, of which CSK have won 16 times, while RCB have eight wins to their names with one match ending in a no result.

Both teams are coming into the match after losing their previous league game. While CSK lost to Kolkata Knight Riders by 10 runs, RCB suffered a 59-run defeat at the hands of Delhi Capitals. CSK, struggling for consistency, would like to derive confidence from their outstanding record against RCB and add one more win to their tally, while RCB would hope to minimise their mistakes on the field and get back to winning ways.