IPL 2020, CSK vs RCB: Just the fact that Virat Kohli took over from MS Dhoni as India skipper, not necessarily a decision popular with everyone, makes the Chennai Super Kings-Royal Challengers Bangalore match that much more of a spice affair. 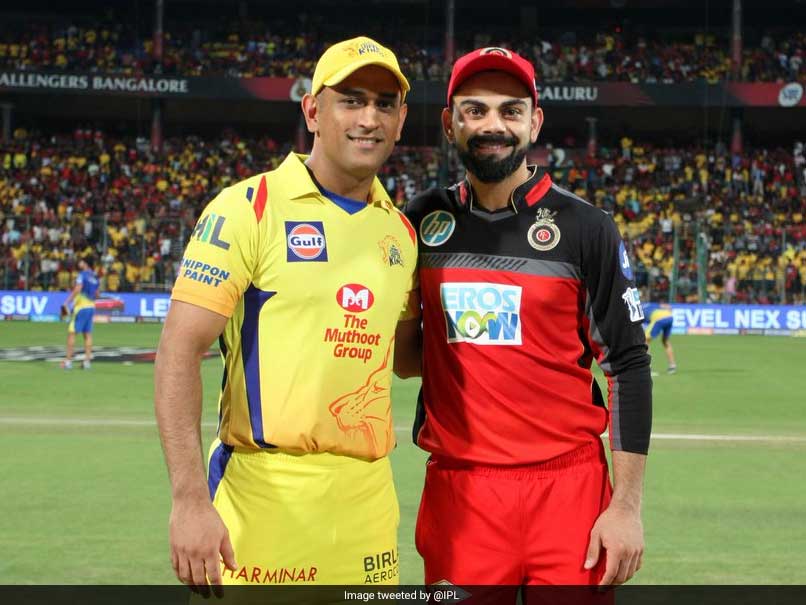 IPL 2020, CSK vs RCB: Virat Kohli would like to show that he has the skills to outsmart MS Dhoni.© Twitter

Chennai Super Kings (CSK) skipper MS Dhoni needs to get the better of his Royal Challengers Bangalore (RCB) counterpart Virat Kohli for two reasons – for one, two vital IPL 2020 points. Secondly, the cool stalwart will surely like to still show that he tactically still trumps on his junior, who took over from him as India skipper, a decision not necessarily popular with all MS Dhoni followers. Virat Kohli, on the other hand, would also like to show that he has the skills to outsmart Dhoni, something that is easier said than done. But with both sides in relatively disadvantageous positions on the IPL 2020 Points Table, it would be enough to get two points and leave the bragging rights for later.

CSK's batting against Kolkata Knight Riders in their last match was inexplicable. From the high of a 10-wicket win over Kings XI Punjab, CSK fell to the depths of ineptitude against KKR, who really didn't look like being in the match till the CSK batters paved the way for them.

It was surprising that the KKR spinners were such a bundle for the middle-order that includes Dhoni, Ambati Rayudu, Sam Curran and Kedar Jadhav. The fact that Jadhav is getting the flak is simply a reflection of the fact that Dhoni is above criticism.

But the truth is, he too struggled big time and CSK lost a match they had no business of losing.

As for RCB, they would like to quickly forget the 59-run loss to Delhi Capitals. The Bengaluru side was outplayed, any way you look at it. DC seem to have found a telling batting combo in their top and middle orders and Kagiso Rabada now leads a mean bowling attack, with the spinners becoming more and more effective.

Devdutt Padikkal failed for once, and the rest were poor, bad enough to be restricted to 137/9. Kohli tried to battle but the batting was ineffective overall.

The bowling stuck to the job as best they could, since bowling to DC is not nearly the easiest job in the current scenario.

There is no question that Dhoni is mentally the stronger captain. Kohli, for all his bravado, visibly feels the pressure, which can percolate to his teammates. Dhoni, on the other hand, rarely lets his emotions come up in the open, though in can be said that IPL 2020 has seen him a little more animated.

On top of that, he has a slew of veterans with him, from Shane Watson, Faf du Plessis and Dwayne Bravo to Piyush Chawla. A serious “been there, done that” lot.

So, if it boils down to nerves, it's a no-contest. But Kohli can run any side down on his day, so don't write this one off yet. Either way.

MS Dhoni Chennai Super Kings vs Royal Challengers Bangalore, Match 25 Cricket
Get the latest updates on IPL 2021, check out the IPL 2021 Schedule and Indian Premier League Live Score . Like us on Facebook or follow us on Twitter for more sports updates. You can also download the NDTV Cricket app for Android or iOS.