IPL 2020, SRH vs RR: Rajasthan Royals have lost four consecutive matches and will be looking to get their campaign back on track when they face SunRisers Hyderabad in Dubai. 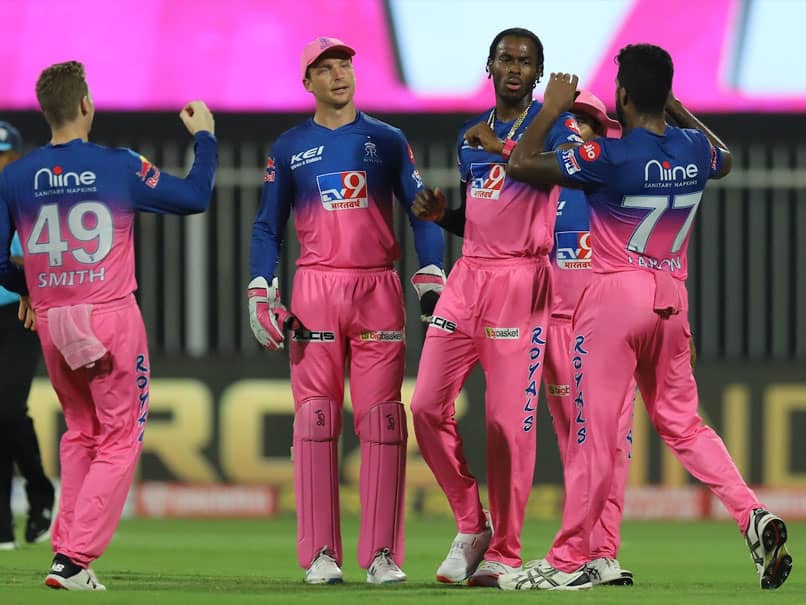 SRH vs RR: Rajasthan Royals are desperate for a win, having lost four on the trot.© BCCI/IPL

Rajasthan Royals (RR) will take on SunRisers Hyderabad (SRH) in match 26 of the Indian Premier League (IPL) 2020 at the Dubai International Stadium on Sunday. The Steve Smith-led side will look to end their four-match losing streak against a confident unit in SRH. The Hyderabad outfit have won three games out of six and sit in third place on the points table while RR, with just two wins out of six, are seventh. Ben Stokes, who has completed his six-day mandatory quarantine period,  is expected to play his first game for RR this season which will be a big boost for the franchise considering the fact that they have been outplayed in four consecutive games.

Rajasthan Royals skipper Steve Smith has been struggling to get runs after starting the tournament with two back-to-back half-centuries.

Same is the case for Indian wicketkeeper-batsman Sanju Samson who has registered a string of low scores after setting the tournament on fire with two half-centuries.

In the bowling department, apart from Jofra Archer none of the RR bowlers have managed to stop the flow of runs.

For SRH, their overseas opening duo of David Warner and Jonny Bairstow found form in the last game and gave the team a formidable start with a stand of 160 runs.

SRH skipper struck his second consecutive half-century in their previous outing and the bowling department is also coming together well for the franchise with Rashid Khan leading the attack.

The Afghanistan spinner has eight wickets to his name but it is his economy rate this season that has grabbed eye balls.

Rashid Khan has bowled at an impressive economy rate of 4.83, the best in the tournament so far.

T Natarajan, the Tamil Nadu pacer, has turned out to be the new yorker specialist. His accuracy has helped SRH choke their opponents in the death overs.

Jonny Bairstow IPL 2020 Sunrisers Hyderabad vs Rajasthan Royals, Match 26 Cricket
Get the latest updates on IPL 2020, check out the IPL Schedule for 2020 and Indian Premier League (IPL) Cricket live score . Like us on Facebook or follow us on Twitter for more sports updates. You can also download the NDTV Cricket app for Android or iOS.