IPL 2020: MS Dhoni reacted angrily as umpire Paul Reiffel seemed like he was going to raise his arms for a wide call, before he changed his mind. 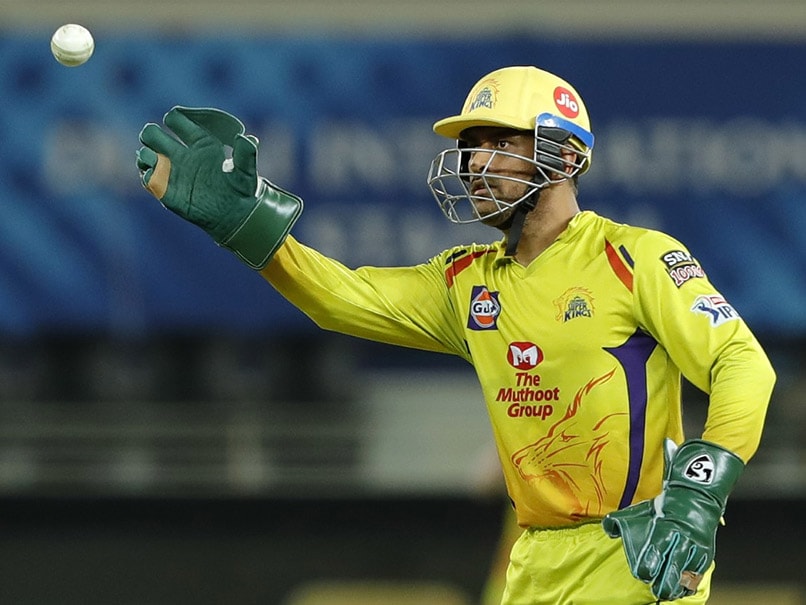 IPL 2020: MS Dhoni's actions did not geo down well with certain sections of fans.© BCCI/IPL

Reiffel then seemed to change his mind midway through the signal and the ball went down as legitimate in the crucial penultimate over of Hyderabad's unsuccessful chase of 168.

"He started calling it a wide, he looked up, saw Dhoni and he changed his mind," Bishop said.

"I am someone who is sympathetic to the umpires because it is a difficult job, but tonight I will say that Reiffel made a mistake."

Hyderabad captain David Warner also seemed visibly unhappy from the dugout of the Dubai stadium in the United Arab Emirates.

The match saw Chennai bounce back from two losses to win by 20 runs and draw level with Hyderabad on six points in the eight-team table.

But Dhoni's action did not go down well on social media.

"Such a mockery of game, pathetic! Dhoni keeps bullying umpires and gets away with it. I have just lost count of it," one cricket fan wrote on Twitter.

Others criticised Reiffel for apparently succumbing to pressure from Dhoni.

"Weak umpiring! Sad to see an Elite umpire bogging down by the stature of a cricketer," said another Twitter user.

Last year Dhoni was fined 50 percent of his match fee after he stormed onto the field during a tense IPL game to contest an umpiring call.

The cricket laws state: "An umpire may alter any decision provided that such alteration is made promptly."

MS Dhoni Shardul Thakur Rashid Khan Cricket
Get the latest updates on ICC T20 Worldcup 2022 and CWG 2022 check out the Schedule, Live Score and Medals Tally. Like us on Facebook or follow us on Twitter for more sports updates. You can also download the NDTV Cricket app for Android or iOS.