IPL 2020, RCB vs CSK: Royal Challengers Bangalore are third in the league table, and will be hoping a swift return for Navdeep Saini. 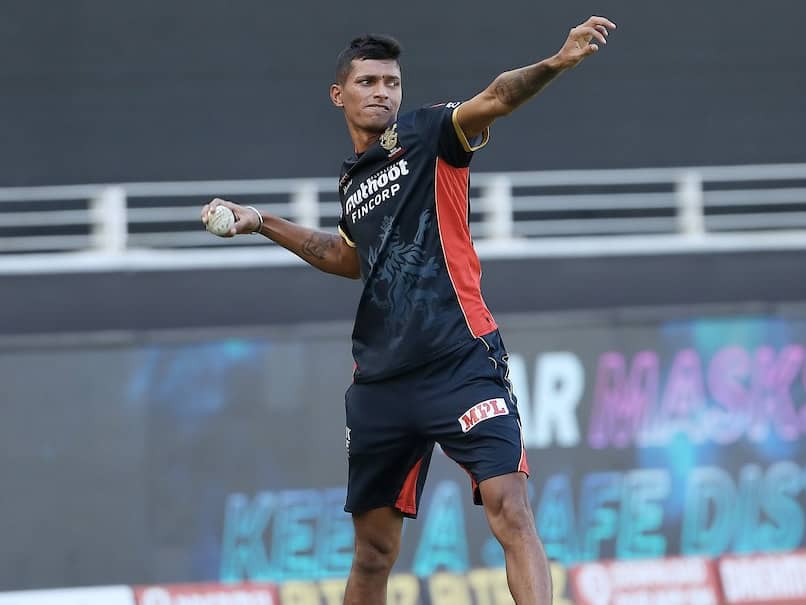 Royal Challengers Bangalore's head physiotherapist Evan Speechly said fast bowler Navdeep Saini split his webbing in the 18th over of Chennai Super Kings' innings on Sunday. Off the last ball of the 18th over, Saini injured his right-hand thumb and walked off the field. The team's physio said that he is not sure when Saini will be good to go. "Saini has split his webbing in the last ball there. He obviously got hit on the thumb on the right hand. He has just split the webbing over there, fortunately, we had a good hand surgeon, he stitched up nicely. So we could just monitor over the night and check it after getting ready for the next game," said Speechly.

"Virat four-five years ago he had it in Kolkata, we managed to stop the bleeding and he smashed a 100 after we got a plastic surgeon who had stitched it," he continued.

"Unfortunately you cannot compare the two injuries. Some people can manage it and some can't. Its also because Saini's injury is on his bowling hand so it puts a lot of pressure on him so I cannot be sure when he will be good to go, I am hoping that he will be good to play in the next game and the rest of the tournament," Speechly further said.

Ruturaj Gaikwad played an unbeaten knock of 65 runs to take MS Dhoni's side over the line in the match.

RCB is currently in the third position on the points table with 14 points from 11 matches. It will next take on Mumbai Indians on Wednesday, October 28 at the Sheikh Zayed Stadium in Abu Dhabi.

Chennai Super Kings Navdeep Saini IPL 2020 Cricket Royal Challengers Bangalore vs Chennai Super Kings, Match 44
Get the latest updates on India vs Australia Series, check out the India vs Australia Schedule for 2020-21 and Ind vs Aus live score . Like us on Facebook or follow us on Twitter for more sports updates. You can also download the NDTV Cricket app for Android or iOS.