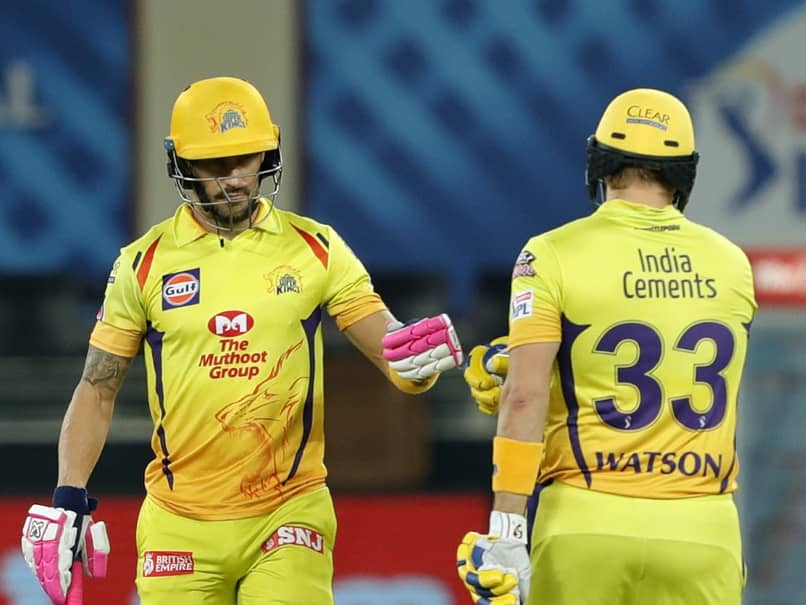 No sooner than Kolkata Knight Riders lost to Delhi Capitals in their last match, there was much hue and cry about changes in the team, not least the captaincy, with Dinesh Karthik under a tremendous amount of pressure and Eoin Morgan being backed, at least by fans. On the other side are Chennai Super Kings, who don't get too flustered, irrespective of what happens and their trust in the old faithfuls Shane Watson and Faf du Plessis showed tremendous results as they beat Kings XI Punjab without a fuss with all 10 wickets intact. And it was not like they were chasing a small target.

So, when the two sides meet on Wednesday at Abu Dhabi, CSK will be way more confident. In any case, they have the "been there, done that" group in Watson, Du Plessis, skipper MS Dhoni and Dwayne Bravo, so Chennai are not likely to get either too euphoric, nor despondent.

KKR will be disappointed. Sharjah was always going to be a big-run venue and DC were in with the big guns booming. Shreyas Iyer led the attack with runs coming from the top four batsmen as the KKR bowling struggled, barring Andre Russell.

The response, frankly, was lukewarm. While Shubman Gill is a classic opener, he is not an attacking player. Also, one wonders what possesses KKR to still use Sunil Narine as an opener. His sell-by date has long passed.

Nitish Rana tried, while Eoin Morgan almost got them home. But Russell failed and Karthik was downright poor.

One still doesn't know if there will be any change in captaincy but KKR surely needs changes in the opening slot and Morgan must come way up the order. Leaving him with lesser overs and lower-order batsmen to play with gave the returns seen against DC.

CSK seem to be on their way back and one of the biggest advantages they have is consistency, in terms of player selection, tactics and strategy. KKR are however stuck between hesitancy and consistency and the difference is evident.

The Kolkata outfit will do very well to beat CSK in their next match. Not completely out of the realms of possibility, but it will need some serious re-think and reorganisation of forces, something that still isn't visible there.

Faf du Plessis Cricket
Get the latest updates on India vs England Series, India vs England , live score and IPL 2021 Auction . Like us on Facebook or follow us on Twitter for more sports updates. You can also download the NDTV Cricket app for Android or iOS.