Kieron Pollard left a cryptic and angry message on his social media handles, leading to conjectures among followers. 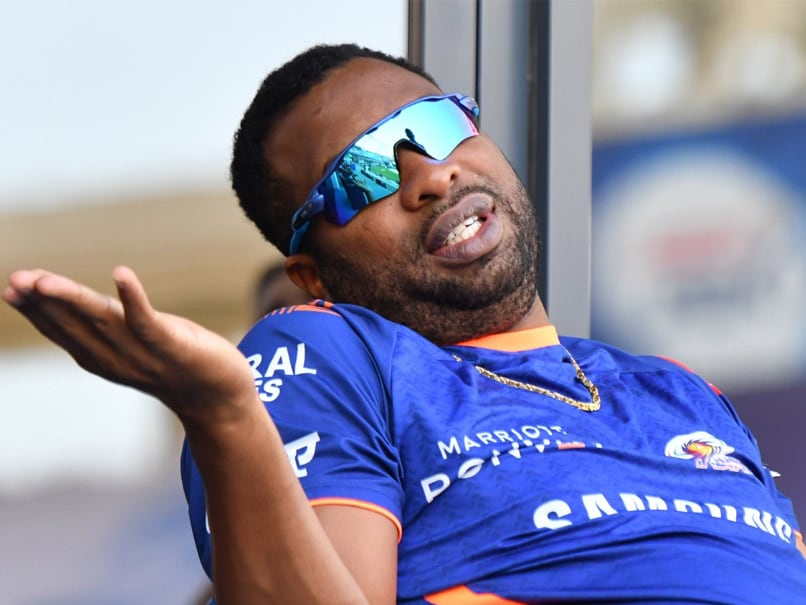 After Mumbai Indians' defeat against SunRisers Hyderabad in the final league stage game of Indian Premier League (IPL) 2020, vice-captain Kieron Pollard took to social media to share a scathing message, that left fans confused as to who it was directed at. "I'd rather have an enemy who admits they hate me, instead of a friend who secretly puts me down," read the image shared by Pollard on Instagram. The all-rounder also shared the post on Twitter. Fans on both social media platforms were taken aback by the post, and tried to deliberate who Pollard was taking a dig at.

While some suggested that Pollard was talking about SRH's Jason Holder, from who he has taken over captaincy of West Indies in the limited-overs formats, others opined that Pollard was referring to Rohit Sharma, who returned to the playing XI after missing four games due to a hamstring injury.

"Enough evidences from the past to prove that he is talking about Rohit Sir," wrote one Twitter user.

"Don't play playoffs Polly. MI is nothing without you..Then only Rohit will understand.." wrote another.

"Is that Jason holder or Rohit," another user asked.

"Is that Jason holder ?" one fan asked.

"More to do with holder I think," a user wrote.

Pollard stepped in as captain in Rohit Sharma's absence due to injury and helped the team seal the top spot in the league table. Rohit had picked up the injury during the game against Kings XI Punjab, which went to a second Super Over.

Mumbai Indians will now take on Delhi Capitals in the first qualifier on Thursday.

Jason Holder Cricket
Get the latest updates on IPL 2021, check out the IPL 2021 Schedule and Indian Premier League Live Score . Like us on Facebook or follow us on Twitter for more sports updates. You can also download the NDTV Cricket app for Android or iOS.