Rohit Sharma posted a picture with the Mumbai Indians squad after his side clinched their fifth IPL title with a five-wicket win over Delhi Capitals. 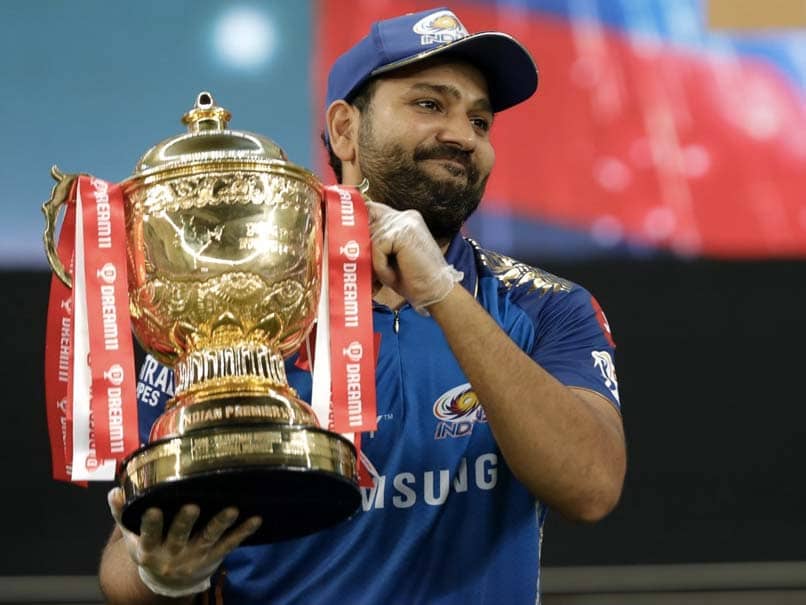 Mumbai Indians defeated Delhi Capitals by five wickets in the IPL 2020 final to clinch their fifth title on Tuesday. Rohit Sharma, Mumbai Indians captain, took to Twitter on Wednesday to share a picture with the whole MI squad and applauded their effort throughout the Indian Premier League (IPL) 2020. The opening batsman said he loved being part of the tournament. "Valiant effort through the season. Loved being part of it. What an experience @mipaltan#OneFamily," Rohit Sharma captioned the image on Twitter.

Valiant effort through the season. Loved being part of it. What an experience @mipaltan #OneFamily pic.twitter.com/3tcbCUqgnc

Rohit Sharma top-scored in the final with a knock of 68, an inning comprising of four maximums and five boundaries.

In the summit clash, Delhi Capitals captain Shreyas Iyer opted to bat and was the highest scorer for his side with an unbeaten half-century. He remained not out on 65.

Iyer was well supported by Rishabh Pant, who also scored a half-century -- his first of the IPL 2020.

Delhi posted a below-par total of 156 for seven from their allotted 20 overs.

For Mumbai, Trent Boult was the pick of the bowlers. He returned with figures of three for 30.

Chasing 157 for the title, Rohit set the tone with a half-century and he was ably supported by handy contributions from Quinton de Kock, Suryakumar Yadav and Ishan Kishan.

Mumbai chased down the target with eight balls to spare and became only the second team in IPL's history after Chennai Super Kings to win back-to-back titles.

Rohit Sharma Suryakumar Yadav Ishan Kishan IPL 2020 Cricket
Get the latest updates on India vs England Series, India vs England , live score and IPL 2021 Auction . Like us on Facebook or follow us on Twitter for more sports updates. You can also download the NDTV Cricket app for Android or iOS.