IPL 2020, DC vs RCB: Ajinkya Rahane scored 60 runs to help Delhi Capitals qualify for the playoffs, where they will face Mumbai Indians (MI). 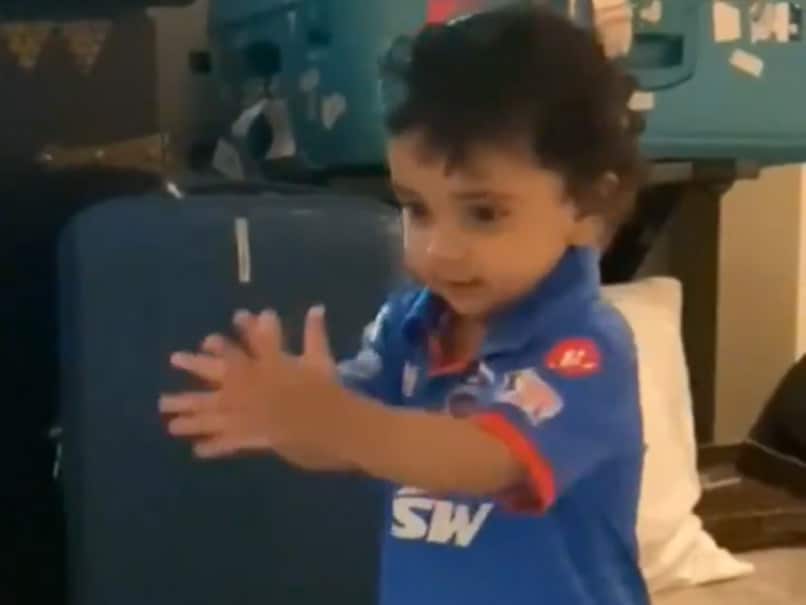 IPL 2020, DC vs RCB: Ajinkya Rahane's daughter was impressed by her father's half century© Twitter

Ajinkya Rahane contributed a crucial score as Delhi Capitals (DC) defeated Royal Challengers Bangalore (RCB) at the Sheikh Zayed Stadium in Abu Dhabi. The win sent DC to the playoffs of the ongoing Indian Premier league (IPL) 2020, and Delhi fans couldn't be much happier! Rahane's baby daughter was so happy with the result and her father's performance that she began to clap and cheer. The adorable video which has probably been shot by Rahane's wife Radhika Dhopavkar, was posted by Delhi Capitals on Twitter. It has been captioned as, "Our cutest cheerleader was super impressed with Papa @ajinkyarahane88's knock last night #DCvRCB #Dream11IPL #YehHaiNayiDilli".

Rahane scored 60 runs from 46 balls at a strike rate of 130.43. His important knock consisted of five fours and a six.

In the ongoing season, the India international has played in six matches, scoring 111 runs at a strike rate of 111.0. His boundary count amounts to 12 fours and two sixes.

RCB set a 153-run target for DC, with Devdutt Padikkal grabbing a half-century. DC had a shaky start, losing Prithvi Shaw early on. But Rahane and Dhawan build a match-winning partnership with the latter also scoring 54 from 41 balls. Dhawan also hit six fours.

The duo was dismissed and couldn't stay till the end, but did enough for DC to seal a win by six wickets.

DC will now face Mumbai Indians (MI) in the first playoff, and the winner will qualify directly for the final.