IPL 2020, CSK vs MI: Mumbai Indians are sitting pretty at the third spot on the IPL 2020 Table, while Chennai Super Kings are at rock bottom. Meeting MI may not be the best solution for CSK under the circumstances. 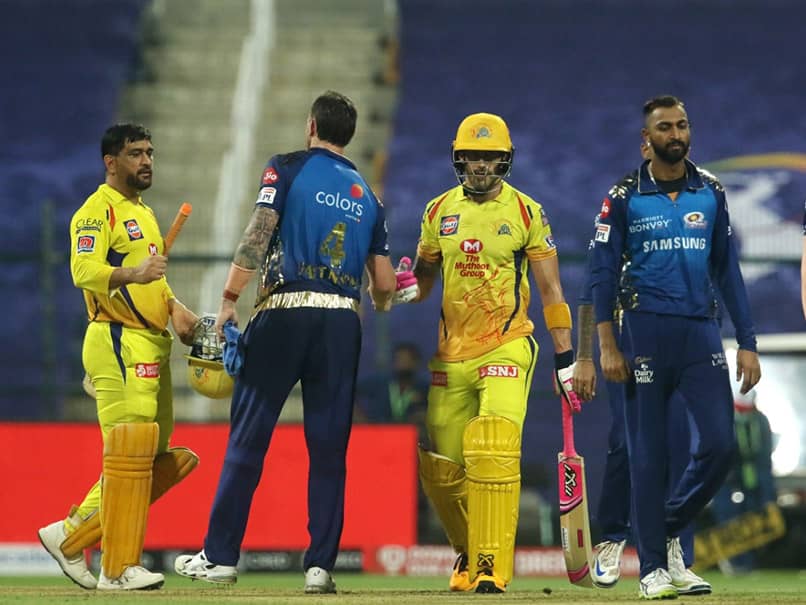 IPL 2020, CSK vs MI: MI are placed third in the points table while CSK are at the bottom.© BCCI/IPL

Sharjah has changed. No longer are there so many 200-plus scores, nor is the cricket ball flying to all ends of the city. The pitches have worn out and batting second is becoming quite a challenge. Not the best-case scenario for any team to play T20 cricket and not least for Chennai Super Kings, who somehow have contrived to find themselves at the bottom of the IPL 2020 Points Table, a place they likely have never seen before. Meeting Mumbai Indians in Sharjah on Friday won't make things any better. Mumbai, on the other hand, would be wondering how they managed to lose to Kings XI Punjab in an insane double Super Over. This question comes in especially since they were chasing only five runs in the first Super Over but still didn't make it.

Nevertheless, any complacency that might have been creeping into the MI ranks would decidedly have been shaken off with that loss. That makes things worse for CSK.

It seems like a light year away that CSK met Mumbai Indians in the first match of IPL 2020 and ended up beating the defending champions. Since then, the graphs of the two sides have headed in diametrically opposite directions.

CSK hit nadir against Rajasthan Royals in their last match, ending up with a pathetic 125/5 in their 20 overs. Sam Curran was only a partial success as an opener while Faf du Plessis and Shane Watson are beginning to look jaded.

MS Dhoni was fast between the wickets but eventually not fast enough.

The total gave Royals a lifeline when there seemed to be none present, while CSK found themselves looking up at seven teams above them.

Mumbai Indians won't give them an inch, so CSK's chances in IPL 2020 look quite poor. Even if they win this one, they simply don't seem to be there enough to win several big games and still be in the fray.

Kieron Pollard IPL 2020 Chennai Super Kings vs Mumbai Indians, Match 41 Cricket
Get the latest updates on IPL 2021, IPL Points Table , IPL Schedule 2021 , live score . Like us on Facebook or follow us on Twitter for more sports updates. You can also download the NDTV Cricket app for Android or iOS.