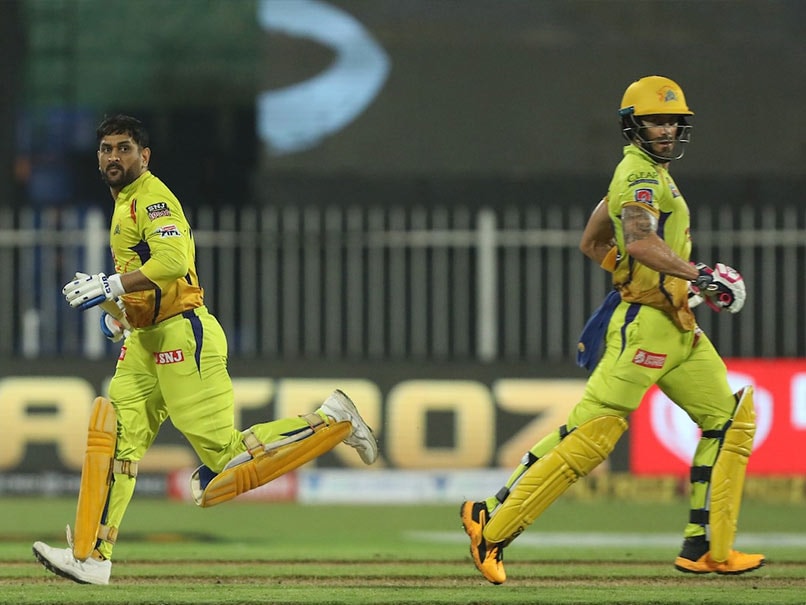 Chennai Super Kings (CSK) skipper MS Dhoni on Sunday squashed talks of his retirement from the Indian Premier League (IPL), and batsman Faf du Plessis feels that the former Indian skipper should play in the tournament as he is still fit and motivated. "Definitely not," Dhoni had replied when asked whether the match against Kings XI Punjab (KXIP) was his last game for the franchise in IPL. Du Plessis said when you talk about CSK, MS Dhoni comes to your mind. The former South African skipper said Dhoni's yesterday answer tells you how motivated he is to play the mega event next year.

"When you think CSK you think of MS Dhoni and also because IPL needs MS Dhoni to play, the fans love him so much so why not. He still feels motivated and to pitch up every day and come and do... being a big player comes with a lot of expectation and a lot of pressure," Du Plessis told teammate Lungi Ngidi during a chat for IPLT20.com

"That answer told you he is very much motivated to come back stronger next year. There have been a few rumours floating around I have seen of him possibly retiring. So that answer was possibly a hell no straightaway," he added.

Ruturaj Gaikwad and Du Plessis played knocks of 62 and 48 respectively as CSK defeated KXIP by nine wickets here at the Sheikh Zayed Stadium in Abu Dhabi on Sunday.

With this loss, KXIP has been knocked out of the playoff race. KL Rahul-led side has to settle with 12 points from 14 matches, while CSK also has the same number of points from as many matches.

MS Dhoni Ruturaj Gaikwad IPL 2020 Chennai Super Kings vs Kings XI Punjab, Match 53 Cricket
Get the latest updates on ICC Women's Cricket World Cup 2022 and IPL 2022, check out the Schedule , Live Score and IPL Points Table. Like us on Facebook or follow us on Twitter for more sports updates. You can also download the NDTV Cricket app for Android or iOS.