IPL 2020, KKR vs KXIP: Chris Gayle's 51 off 29 helped Kings XI Punjab beat Kolkata Knight Riders on Monday in Sharjah and climb to No. 4 in the points table. 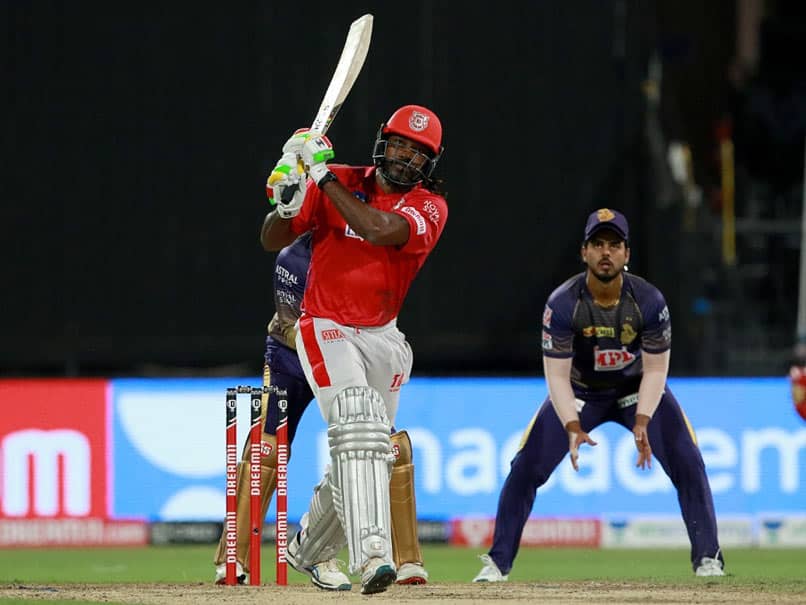 After registering an eight-wicket win over Kolkata Knight Riders (KKR), Kings XI Punjab batsman Chris Gayle said that the youngsters in his team keep on asking him not to retire from the shortest format of the game. KXIP chased down the target of 150 with eight wickets in hand and seven balls to spare. Mandeep Singh and Chris Gayle played knocks of 66 not out and 51 respectively. With this win, KXIP have moved to the fourth spot in the points table with 12 points while KKR has slipped to the fifth spot with as many points as KXIP.

"I have a good feeling about myself and the team. Just capitalising on it, but still, a long way to go. We had two very good spinners, we had to make a quick adjustment. Quickly assess what they were doing," Gayle said at the post-match presentation.

"And once you get going, you ease the pressure off Mandeep as well. Sunil (Narine) has got me out so many times. He is the best spinner in the world. So when you get a wicket like this, when it is not turning much, you got to cash in," he added.

Mandeep Singh lost his father last week and Gayle said that the entire team has decided to keep on giving match-winning performances for him.

"Mandeep is going through a lot. Last game we said we want to win it for him. So beautiful to watch him in the middle pointing out to his father watching from above," Gayle said.

"Today the coach asked the senior players, we need to step up in crucial games, I am glad we were able to put our hands up. And the youngsters in the team are telling me: don't retire."

Earlier, Shubman Gill played a knock of 57 runs as Kolkata Knight Riders (KKR) posted a total of 149/9 in the allotted 20 overs.

KXIP has now won their last five matches in the ongoing IPL, keeping the hopes of qualifying for the playoffs alive.

Kings XI Punjab will next play Rajasthan Royals on Friday, October 30 at the Sheikh Zayed Stadium in Abu Dhabi.

KL Rahul IPL 2020 Kolkata Knight Riders vs Kings XI Punjab, Match 46 Cricket
Get the latest updates on IPL 2021, IPL Points Table , IPL Schedule 2021 , live score . Like us on Facebook or follow us on Twitter for more sports updates. You can also download the NDTV Cricket app for Android or iOS.