Hardik Pandya, Krunal Pandya and his wife Pankhuri Sharma are in the UAE, while Natasa Stankovic is back home with her young son. 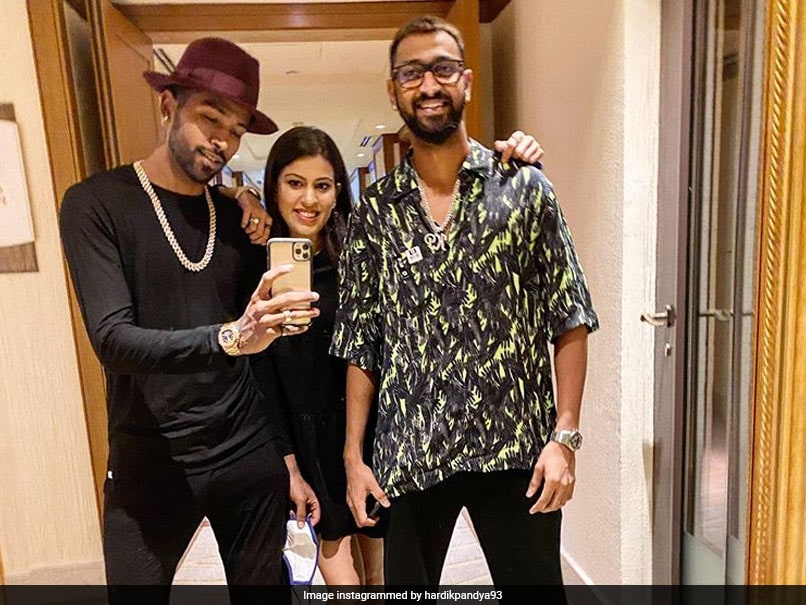 Hardik Pandya shared a mirror-selfie with his brother Krunal and sister-in-law Pankhuri.© Instagram

Mumbai Indians all-rounder Hardik Pandyatook to Instagram to share a mirror-selfie with his elder brother Krunal and sister-in-law Pankhuri Sharma. Hardik, who recently became a father, was missing his partner Natasa Stankovic and it reflected in his caption which read: "3 Musketeers @natasastankovic__ we missed you". Natasa was also quick to reply on Hardik's post and reciprocated the same emotions as she wrote: "Miss you guys", along with a few emojis. Hardik and Krunal, both are currently in the UAE to take part in the Indian Premier League (IPL) 2020, which will kick-off with Mumbai Indians beginning their title defence against MS Dhoni-led Chennai Super Kings (CSK) on September 19.

3 Musketeers @natasastankovic__ we missed you 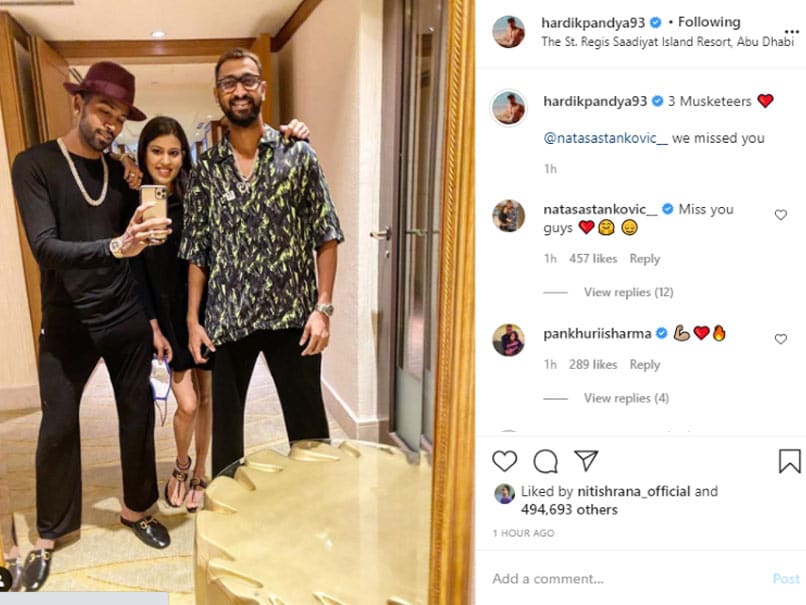 Spending time away from his young family is not an easy thing to do but Hardik is focusing on his preparations ahead of IPL 2020, the schedule for was which was announced after a long wait on Sunday.

Mumbai Indians are the most successful franchise in tournament's history with four titles and the two Pandya brothers have been a huge part of the success the franchise has had in last few years.

With new season comes new set of challenges and the Mumbai-based franchise are more even more determined to add more silverware to their cabinet and it reflects in their training sessions.

Hardik is excited for the IPL 2020 and believes that the tournament will be a "stress relief" for the fans during the coronavirus pandemic.

"For me, I don't think much will be different as we have played in the past without fans. Me and my brother (Krunal Pandya) were talking during the COVID time and we were discussing that for the fans, the IPL will be a cherry because no one has seen cricket for a while and people have been in difficult times," Hardik told ANI.

"So this will be a stress relief for everyone as they will sit at 8 pm and watch the IPL for two months. So, everyone will get that satisfaction that something nice is happening. The fans will enjoy it," he explained.

Hardik Pandya Krunal Pandya Cricket IPL 2020
Get the latest updates on T20 World Cup, check out the T20 World Cup Schedule and Live Score . Like us on Facebook or follow us on Twitter for more sports updates. You can also download the NDTV Cricket app for Android or iOS.