Hardik Pandya shared a picture with partner Natasa Stankovic where he can be seen flaunting his watch. 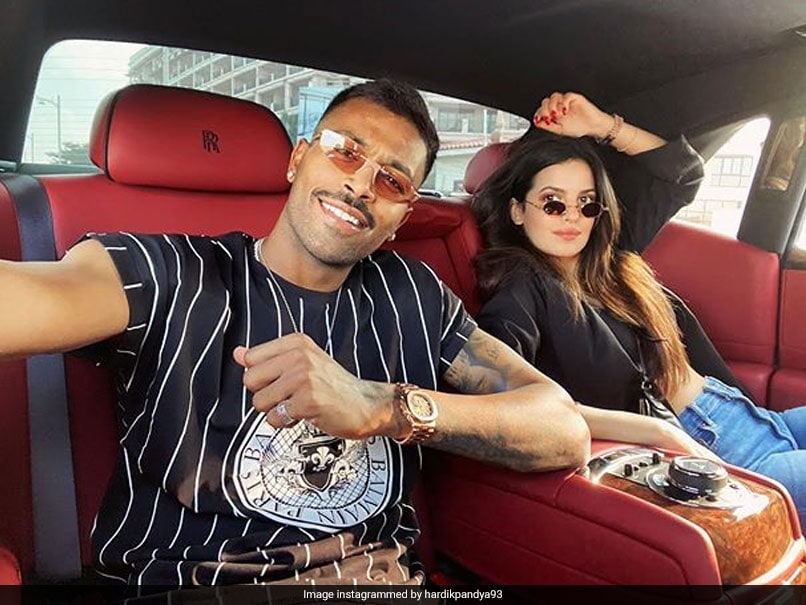 Hardik Pandya and Natasa Stankovic got engaged in January and had a son in June.© Instagram

Hardik Pandya is currently in the United Arab Emirates with the Mumbai Indians squad ahead of this year's season of the Indian Premier League, but the flamboyant India all-rounder is missing his partner Natasa Stankovic and their newborn son, and often shares pictures with them. On Thursday, he shared a throwback pic with Natasa Stankovic, where they can be seen sitting in the back of a car while he flaunts his watch. "Watch-u lookin at?" Hardik captioned the picture along with a sunglasses emoji.

Natasa responded to the picture with a hug emoji and a heart emoji.

He recently shared a picture with Natasa and their newborn son.

"Missing my 2 angels," Pandya captioned the picture and added "Blessed to have you both in my life."

Natasa Stankovic gave birth to their son on July 30. "We are blessed with our baby boy," Hardik Pandya had captioned a picture he shared on Instagram.

The couple had announced their engagement in January this year.

The all-rounder, who has missed a fair chunk of cricket since the 2019 World Cup due to injuries, has been working hard to gear up for the IPL, which will see India's cricket stars in action for the first time since the tour of New Zealand in February.

Hardik Pandya arrived in the UAE on Friday along with the rest of the Mumbai Indians squad. The players are currently in quarantine before they start training for the 13th edition of the cash-rich league.

Hardik Pandya Cricket
Get the latest updates on ICC T20 Worldcup 2022, check out the Schedule and Live Score. Like us on Facebook or follow us on Twitter for more sports updates. You can also download the NDTV Cricket app for Android or iOS.